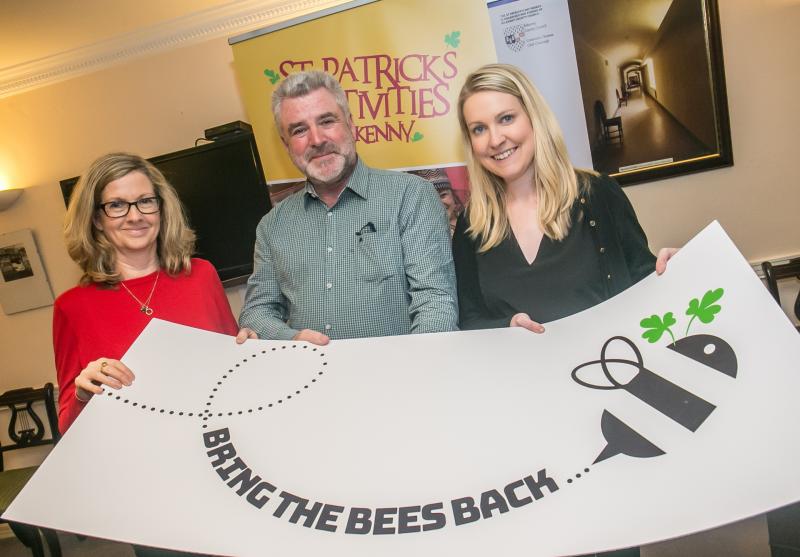 Local road closures will be in place to facilitate the annual St Patrick’s Day Parade in Kilkenny City, which will run along a different course this year.

The parade, which has ‘Bring Back the Bees’ as its theme, will begin in the Market Yard, and proceed along High Street, up the Parade and along Castle Road. Consent has also been given to accommodate performances through Parliament Street, High Stret and the Parade in the lead into St Patrick’s Day.

The city St Patrick’s Day Parade kicks off at 1.30pm, and — for the most part — that timing has been coordinated to allow people attend their own town/village’s event and the city parade. There will also be pre-parade entertainment at MacDonagh Junction Shopping Centre from 11.30am.

Graignamanagh and Thomastown events both take place from noon, with Urlingford at 1.30pm, and Goresbridge at 3.30pm.
There are numerous happenings across the weekend as part of the festival.

Two American marching bands are in line to visit Kilkenny. The Spirit of Saginaw (Texas) will be marching through the streets on Thursday, March 14, at 2pm, and the Mandan High School (North Dakota) will also parade through Parliament Street and High Street to Kilkenny Castle on Saturday, March 16 at 10.30am.

A vintage funfair will be in situ on the Parade throughout the weekend, while a food market will also take place there from Friday until Monday.

Trad Na Scoileanna will take place from 11.30am on Friday, March 15. Featuring trad music from musicians from St Kieran’s College and Colaiste Pobail Osraí, it takes place at City Hall.

Primary school students will be in action on Friday also, with ‘Céilí Na Scoileanna, in the Watershed between 10am and 1pm.

The St Patrick’s Brass and Reed Band will also be in concert on Thursday, March 14, at St Patrick’s Church. The free event gets under way at 7.30pm.

Céili band Celtic Storm will take over at City Hall on Saturday from 3pm.

On St Patrick’s Day, the James Stephens Barracks Museum will have an open day from 11am to 4pm. There are also various talks and workshops taking place over the four days.

For more information on events going on across the week and weekend, see www.stpatricksfestivalkilkenny.com.