Hits just keep on coming: Music and events in Kilkenny this Easter 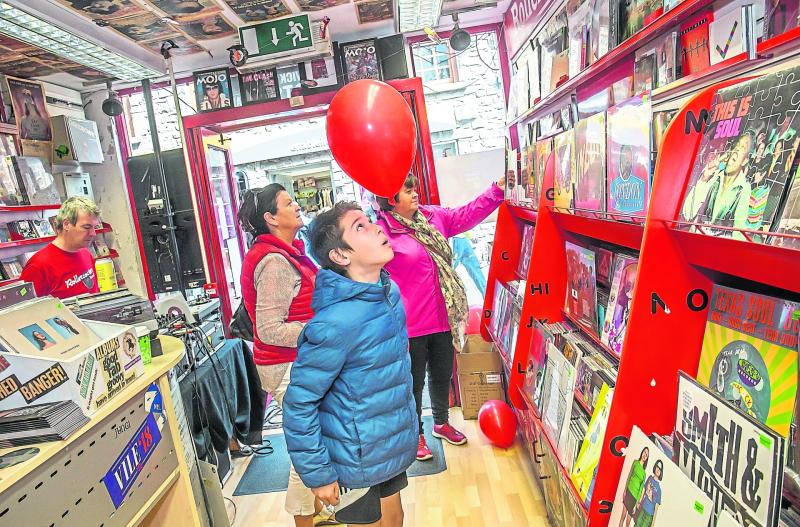 Last week saw the launch of the Smithwick's Kilkenny Roots Festival & Record Store Day but the music’s far from over.​

Friday sees a return of Moria's Open Night at the Home Rule Club. It’s always worthwhile stopping by to enjoy the sounds.
The Kilo 1977 brings That Vinyl Experience to Billy Byrne's Bar from 9pm. ​
While there's more karaoke craic at Rafter Dempsey's from 10pm where you can showcase your own talents or simply enjoy that of others.​

Saturday sees the roll-out of Showtime: Songs from Stage & Screen at Kilkenny Castle's Picture Gallery. There's an 8pm start for the event which forms part of the 50th anniversary celebrations of the building in the care of the Office of Public Works.

Organisers say that attendees will be enthralled as three of Ireland's foremost musicians, Tenor Ryan Morgan, Soprano Siobhan Oliver and pianist Eoin O’Callaghan, combine forces to present a glittering gala of iconic songs from the stage and the silver screen. Anything goes in this eclectic musical myriad which will include favourites from Rodgers & Hammerstein, Andrew Lloyd Webber, Leonard Bernstein and Claude-Michel Schonberg. Lovers of classic and modern musical theatre will be thrilled and beguiled by performances of passion, romance and frivolity. Admission is €15 and includes interval refreshments, with bookings at Eventbrite.ie​

Legend
At the same time Irish legend Christy Moore entertains at Lyrath Estate Hotel. The event is sold out though so hard luck if you've not got a ticket. Though it’s always worth checking with the venue in case of a rare ticket cancellation.

Johnny Hillman plays the bar at the Home Rule Club while at the Rhu Glenn Hotel in Slieverue there's music & dancing with Gerry Guthrie from 9pm.​

Live music kicks off at Rafter Dempsey’s at 10pm.

Keywest play Set Theatre at Langton's on Sunday. Catch the Dublin based four-piece from 8pm. ​And with Monday being a bank holiday many people get to enjoy a lie-in before hitting the social scene again next week.