Will Urlingford siblings be crowned Ireland's most talented family? 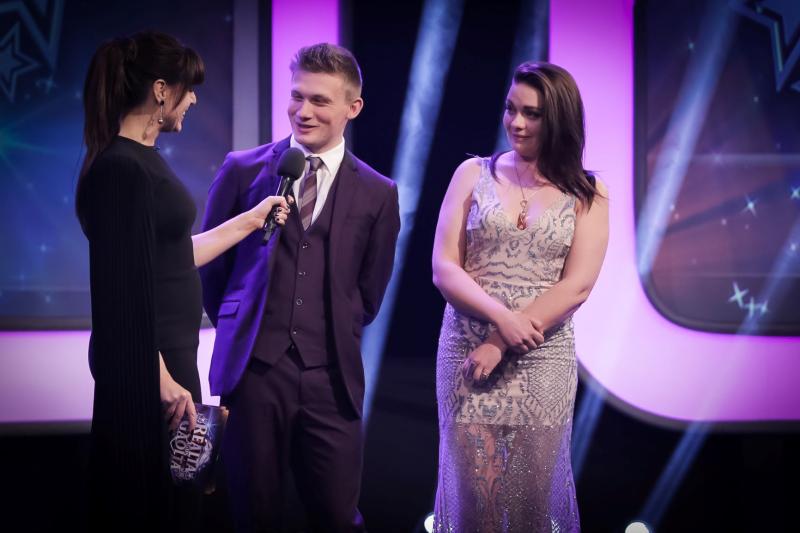 Ireland's most talented family will be crowned this week, in the final of TG4’s hit Sunday night entertainment series Réalta agus Gaolta, on Sunday June 16th 2019, at 8.30pm.

Competing in this year's final are brother and sister Shane and Ciara McCormack from Urlingford!

The Kilkenny duo will be competing with sisters Iva and Lea Breskovac from Dubli, the Wrafter family from Kilbeggan, Co. Westmeath, and Étain and Máire Ní Churraoin from Ráth Chairn, Co. Meath

From Crystal Swing to Clannad, the Irish family has entertained us throughout the decades. Talented Irish families have excelled in their particular genres, whether it’s the pop music of The Corrs or the sean-nos dancing of the Cunninghams. Now it’s time to find the next family that will entertain the nation.

Hosted by Síle Seoige, this season the series has seen over 70 acts battle it out to impress our judges, Irial O Ceallaigh, musician and TV personality,  Sinéad Ní Uallacháin  broadcaster with Raidió na Gaeltachta and Jim Lockhart, member of the Irish rock band “Horslips”. Participants went head-to-head against each other to win the opportunity to play live on stage supporting the world famous Kíla, in the National Stadium in front of thousands of fans, along with a cash prize of €3,000.

In this years' final, the four remaining families will perform not once, but twice, as they seek to impress the judges and be crowned Ireland’s most talented family.

First the acts will perform the song from their initial heat once more, looking back at how their journey on this year’s series began. Later, they return to perform another song for the judges. The top two acts will then be chosen to compete in a sing off one last time to see who will be crowned Ireland’s most talented family

Shane McCormack works in the Circus Elysium which he runs with his partner - and sister Ciara is a musician. Shane is no stranger to the stage and wowed judges on the Voice UK, in 2018. And despite Ciara having a musical background as well, the two hadn’t performed together very often before the series. Their family history in music goes back generations as their mother performed in showbands and their grandfather was a singer in circuses many years ago. TG