Beyond Limits’ Empowering young people with disabilities in Kilkenny 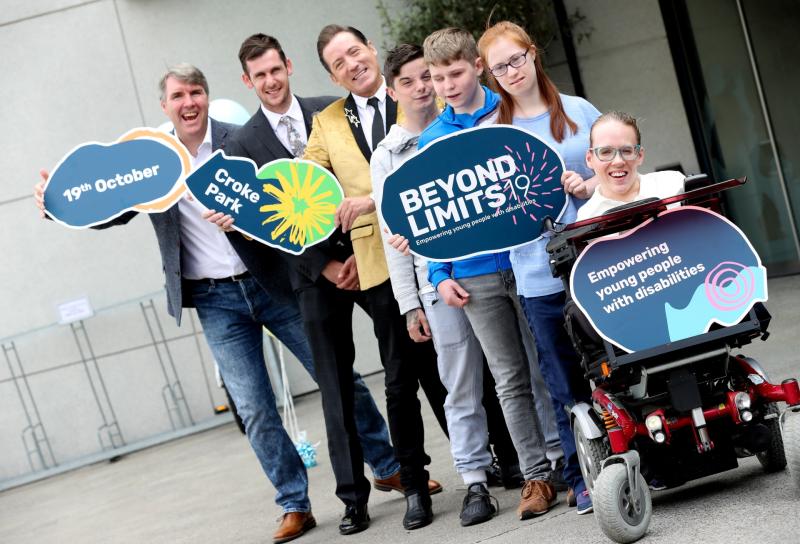 Beyond Limits: Empowering young people with disabilities takes place at Croke Park on Saturday 19th October and will be opened by President Michael D Higgins. Beyond Limits has been created by the Ombudsman for Children’s Office to raise awareness of the rights of children with disabilities all over Ireland. Children, parents, carers and those working with disabilities in Kilkenny are invited to come along.

Beyond Limits is the first event of its kind, amplifying the voices of young people with disabilities and hearing about the achievements of those with disabilities. Beyond Limits is an opportunity to learn about technology, education and employment opportunities, to see sports and activities in action, and to talk about inclusion and relationships.

Beyond Limits will be presented Julian Benson of Dancing with the Stars, along with two young people. Speakers include Disability Rights Activists Joanne O'Riordan and Mark Pollock, Autism Activist Adam Harris, Izzy’s Wheels and Paralympians Michael McKillop and Ellen Keane. There will also be young speakers talking about their own experiences as young people with disabilities or as carers.

At Beyond Limits there will be sport and cookery demonstrations, information on education and employment for people with disabilities and much more.

Speaking ahead of the launch of Beyond Limits, the Ombudsman for Children, Dr Niall Muldoon said:

“We have created Beyond Limits to give a platform to young people with disabilities in Ireland.  We want children and families to come along to learn about the opportunities that are open to them.

“We are making every effort to make Beyond Limits a fully inclusive and accessible event for all young people, and we look forward to welcoming people from all over Ireland on the day.”

Beyond Limits takes place on Saturday 19th October 2019 at Croke Park. Tickets are available at beyondlimits.ie.