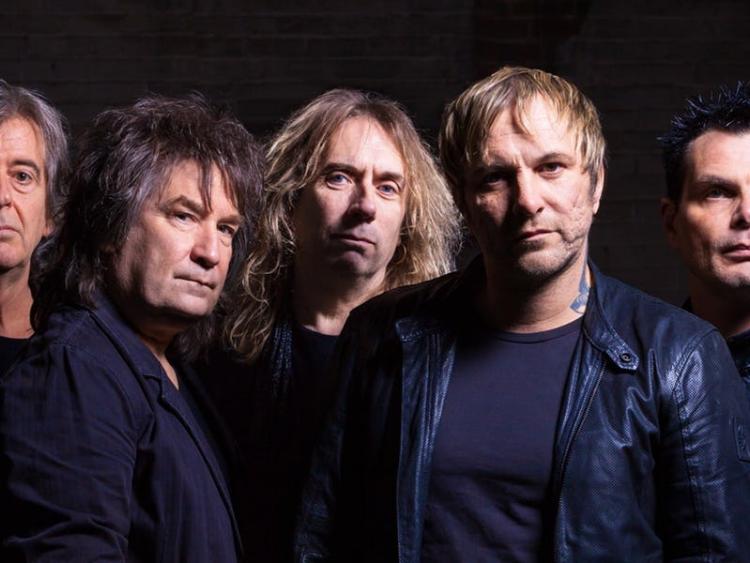 Dean Barton, son of the late Smokie frontman Alan Barton, and his band ‘Spirit of Smokie’ return on Friday, October 25 to The Tower at Dinn Rí Carlow.

If it is anything like their last visit, you can expect an absolutely electrifying two hour show with all the greatest Smokie hits, including ‘Living next door to Alice’, ‘If you think you know how to love me’, ‘Needles and pins’ and ‘Oh Carol’, as well as an 80’s Disco afterwards.

The original ‘Smokie’ sold in excess of 30 million records worldwide. However disaster struck in 1995 when their lead singer and guitarist, Alan Barton, was tragically killed in a road accident. In 2008, his son Dean Barton, who has undoubtedly inherited his father’s raspy vocal style, united with Alan’s song writing partner and guitarist Andy Whelan to form ‘Spirit of Smokie’.

The band has since risen to international fame and is now touring and performing the greatest hits of Smokie throughout Europe and Asia.

Don’t miss this opportunity to take a trip down memory lane on Friday, October 25 at The Tower at Dinn Rí . Doors open at 10pm and the band take to the stage at 11pm.

Following what promises to be a rapturous gig you can then dance the night away at the 80s disco which follows. Tickets are €15 and are available on Eventbrite.ie or at the door.