US rapper involved in BBC podcast about Shergar 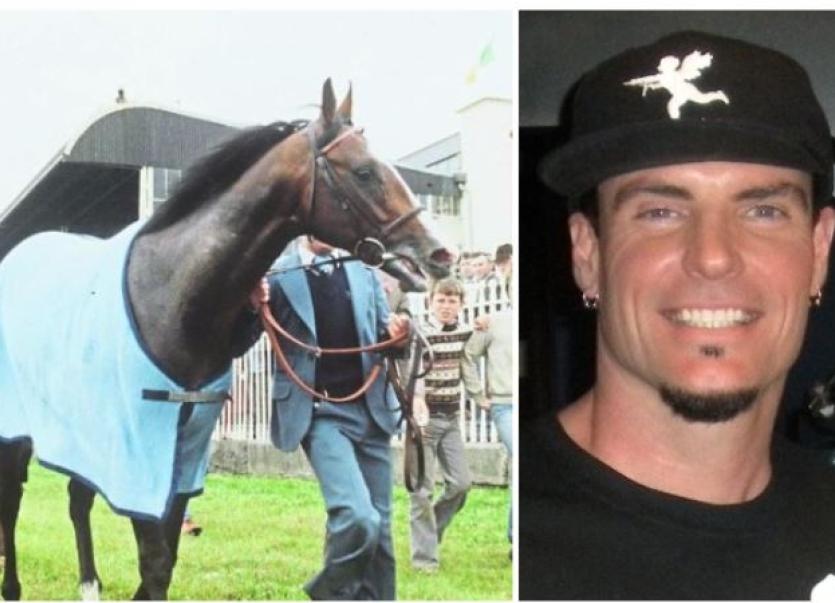 Shergar at the Irish Derby in 1981 and Vanilla Ice

US rapper Vanilla Ice is narrating a new BBC podcast on the kidnapping of champion racehorse Shergar from Ballymany Stud on the outskirts of Newbridge, Co Kildare in the 1980s.

The musician, best known for his 1990 one hit wonder Ice Ice Baby, presents a seven-episode 'Sports Strangest Crimes' podcast, which features the disappearance of the prize-winning Kildare racehorse.

The rapper said he was fascinated by the disappearance, which made international headlines in 1983 and remains unsolved.

Shergar, owned by the Aga Khan, is famous for winning the 1981 Epsom Derby by 10 lengths.

The BBC said their new podcast, Sports’ Strangest Crimes, covers “money, sex, glamour, politics, extreme violence to humans and animals, accusations of terrorist links to Europe, the Middle East and USA and the kidnap of Shergar the super horse.”

In 1983, Shergar was stolen from the stud and a ransom of £2 million was demanded, but it was not paid.

In 1999, Sean O'Callaghan, a former member of the IRA, claimed Shergar was kidnapped in a bid to raise money for arms.

No one has ever been arrested by gardaí in connection with the kidnapping.

Shergar also featured in a 2019 documentary “The Irish Derby — Níos Mó Ná Rása” (More Than a Race) on TG4 which captured the essence of one of Ireland’s greatest sporting traditions, from its humble beginnings in 1866 to becoming a top international race and attracting some of the leading racehorse owners in the world.

Vanilla Ice released his debut album, Hooked, in 1989 but it was later re-released in 1990 under the title To the Extreme and contained Ice’s best-known hits: Ice Ice Baby and Play That Funky Music.
"Ice Ice Baby" was the first hip hop single to top the Billboard charts.