Rediscovered drawings on show for first time in Ireland 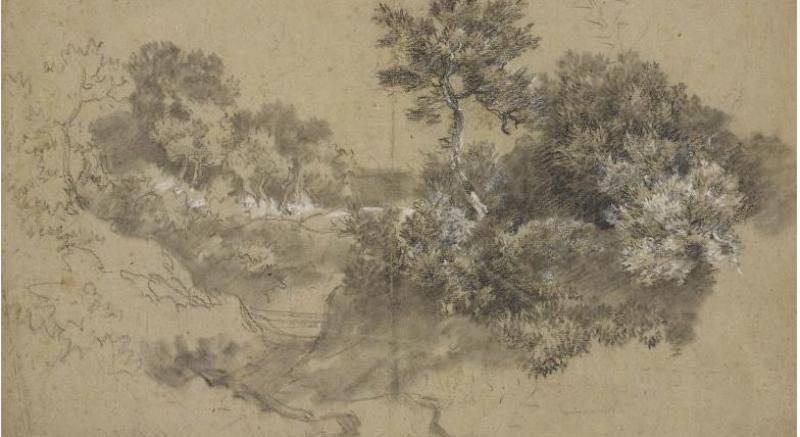 The National Gallery of Ireland is inviting people from Kilkenny to use their Cúpla Focal in an online Irish language event exploring the gallery’s current exhibition Young Gainsborough: Rediscovered Landscape Drawings.

Ciorcal Comhrá: Liníochtaí Gainsborough nuair abhí sé óg takes place on Thursday, April 28 at 1pm, via Zoom. It is free of charge, but tickets must be pre-booked online, see nationalgallery.ie

This online conversation event in Irish is about a touring exhibition of drawings by the young Thomas Gainsborough.The exhibition from the Royal Collection features depictions of landscapes and nature. Gainsborough, who became a popular portrait painter in England in the late 18thcentury, was a young artist when he produced these drawings. It shows that he loved drawing nature in the open air and that his early work was influenced by Dutch landscape painting of the 17th century.

Twenty-five landscape drawings from the Royal Collection – recently attributed to English artist Thomas Gainsborough - are on display for the first time in Ireland. Produced in the late 1740s when Gainsborough was in his early twenties, the drawings offer an intimate glimpse into the early career of this master of portraiture and landscape. To place the works in context, the exhibition features other paintings and drawings from Gainsborough’s early years, along with works by the Dutch landscape painters who influenced him.

This touring exhibition is a collaboration between Royal Collection Trust; York Museums Trust; the National Gallery of Ireland, Dublin; and Nottingham Castle. Additional works have been generously loaned by The National Gallery, London; The Fitzwilliam Museum, Cambridge; The Whitworth Art Gallery, Manchester; and Colchester and Ipswich Museums.

The youngest son of a cloth merchant, Thomas Gainsborough displayed artistic promise from a young age, and much of his youth was spent producing landscape views of his home county of Suffolk, England. He later excelled in the more fashionable and lucrative genre of portraiture, becoming official court painter to George III.

Although portraiture brought Gainsborough wealth and fame, his preference for landscape remained a constant throughout his life. He famously wrote in the 1760s: ‘I’m sick of portraits and wish very much to take my Viol da Gamba and walk off to some sweet village where I can paint landscapes and enjoy the fag end of life in quietness and ease.’ Indeed, Gainsborough went on to develop a style of portrait where he integrated his sitter into the landscape.

Anne Hodge, curator of the exhibition, commented: "The 25 drawings at the heart of this exhibition represent an exciting new addition to Thomas Gainsborough’s known oeuvre. Rediscovered recently within the Royal Collection at Windsor, they give a sense of Gainsborough’s youthful enthusiasm for nature. The chalk drawings have an immediacy that allows us to imagine the young artist, sitting on a sandy bank, quickly sketching the trees and vistas near his home in rural Suffolk. The exhibition provides a rare opportunity for us to see his early drawings beside the famous landscape painting Cornard Wood that they inspired."

The re-discovered Gainsborough drawings were previously believed to be by the painter Sir Edwin Landseer, having been acquired by Queen Victoria from his studio in 1874. In 2013, art historian Lindsay Stainton identified one of the drawings as a study for Gainsborough’s most celebrated landscape painting, Cornard Wood (c.1748), leading to the reattribution of the drawings to Gainsborough. In this touring exhibition, the study for Cornard Wood hangs alongside the finished painting, newly conserved and loaned by The National Gallery, London, uniting the painting with its preparatory drawing for the first time since they were last together in Gainsborough’s studio.

Young Gainsborough: Rediscovered Landscape Drawings went on display at the National Gallery of Ireland from March 5, closing on June 12. A programme of events will complement the exhibition, including themed activities in the Gallery on National Drawing Day, May 16 – see nationalgallery.ie

This exhibition has been organised in collaboration with Royal Collection Trust, York Museums Trust, National Gallery of Ireland and Nottingham Castle.

Find out more at www.nationalgallery.ie.