European pioneer, former priest and teacher, worked for EEC as first translator of the Irish language 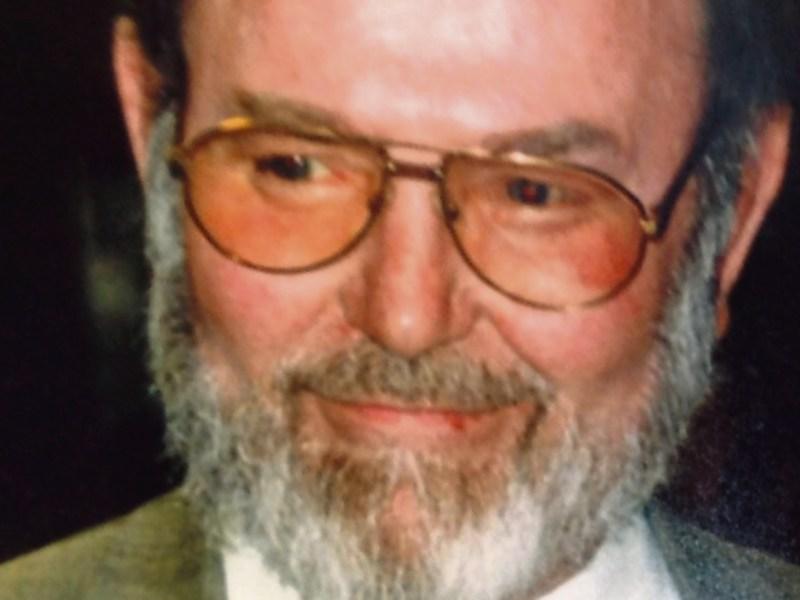 Over one hundred people gathered in Crosspatrick and later in Kilkenny City on Saturday July 21 to remember Kieran D’Arcy, or Ciarán Ó Dorchaí, who died at his home in Bonheiden, near Mechelen, in the Flemish region of Belgium in December 2017 at the age of eighty-five,

The simple nature of the commemoration and the attendance of so many family members made for a touching tribute to a man who had always remained humble about his talents and true to his roots, despite being an important figure in a number of spheres in several countries and indeed throughout the EU.

Ciarán Ó Dorchaí was born on June 21st 1932 into a farming family in the area of North Kilkenny where D’Arcys had settled in the late 18th. and early 19th. century, and where his grandfather John D’Arcy had purchased a sixty-acre holding on his return from America in the late 1870s.

Ciarán was one of seven sons of James D’Arcy and his wife Julia, who came from a neighboring family of the same name. Of his six brothers, two (Tom and Frank) became veterinary surgeons, based in Naas and Dublin respectively; two (Joseph and Paddy) went into the retail and hospitality sectors (in Dublin and Rosslare respectively); and two (John and Seamus) remained in their native area, John as a farmer and Seamus as a popular publican in Johnstown.

Ciarán was educated at the local national school and at St. Kieran’s College, Kilkenny. He began his adult life as a graduate in Arts of the National University of Ireland at Maynooth in 1952 and, from 1956, a priest of the diocese of Ossory who was appointed shortly thereafter to the staff of St. Kieran’s College where he taught Classics and Irish, and also gained a facility in German.

He left the priesthood in 1964 and after a brief transition in London secured a position at Worcester College for the Blind in the English Midlands, teaching Classics at secondary school level. The challenges of the post attracted Ciarán, and for the next six years he was a respected and diligent member of the WCB staff, encouraging the talents of the many young people whose intelligence he treated as being on the same level as their sighted counterparts, and rejoicing in the success of those who ‘made it’ in the sighted world, including the notable Guardian and BBC journalist Peter White, one of his star past pupils.

Ciarán also took the initiative in non-academic activities, leading groups of students in outsdoor pursuits and foreign trips. While in Switzerland on one such expedition he met a young Belgian woman named Magda Oversteyns who was hiking her way to Italy, and they struck up a relationship that within a year had resulted in marriage. As she had family ties in Belgium that could not be broken at that time, Ciarán made the decision to move to the Flemish area of Belgium and they were married in 1971. They lived first in the village of Kontich near Magda’s native city of Antwerp. Their daughter Síle Pádraigín was born in 1975, and in 1978 they moved to a new house they had commissioned in the village of Bonheiden near Mechelen (Malines). Sadly Magda succumbed to cancer two years later.

Ciaran began his Belgian residency by teaching at a Berlitz School but Ireland’s accession to the European Economic Community gave the ardent linguist an undreamt-of opportunity. He was recruited by the Commission in 1972 to deal with the very limited Irish language coverage requested by the Irish government, in place of the full official language coverage which the EEC had assumed Ireland would want. Ireland did not reverse that peculiar decision until 2005, when Irish finally became an official language of the Community following a petition by Irish citizens.

Up to then the Council of Ministers was the only European institution offering Irish translation services, mainly focused on the major official documents at treaty level. Even though the Court of Justice was prepared to hear a case in Irish if it ever arose, any documents it needed in Irish were translated by Council staff – Ciarán and the colleagues who later joined him.

Ciarán, unlike any other translator in any of the European institutions, was required to work into two languages – English and Irish. To understand what an exception that was, it is important to know that the professional rule is that translators (who translate written material) work into their mother tongue only, while interpreters (who translate orally) work both ways. So in addition to translating documents into English on a daily basis, Ciarán had to be available to translate treaties and conventions into Irish as well as the rules of procedure of the Court of Justice.

Later in 1973 he was joined by two colleagues (Mary Doyle and Kathleen Fingleton, a native of Ballingarry, Co. Tipperary) and their first major Irish translation project was the European Patent Convention. After a lot of work in Brussels, they spent a cold December in Luxembourg where the text was finalised in all the languages. The Irish team was helped by two members of Rannóg an Aistriúcháin, the Dáil’s Irish translation service, Seán Ó Luing and Aighneachán Ó Laighin.

One of his colleagues’ strongest memories of that month was Ciarán and Aighneachán’s interest in ancient Greek which meant that they spent any spare time discussing the influence of Greek on Irish. The work on the patents convention was so painstaking that the team rarely left the Kirchberg (the hill on which the European institutions have their offices) before midnight and, because taxis refused to come up from Luxembourg city at that hour, there was a long walk across the icy bridge leading to the hotel they were staying in, with Ciarán smoking his pipe and keeping everyone’s spirits up.

In the 1980s, Ciarán took over responsibility for the English Translation Unit’s terminology office and made sure that it also served the needs of Irish translators, who by then had grown in number to six and were required to produce, often at short notice, the Irish versions of the eighteen accession treaties agreed by the Council over the next three decades.

He remained in close contact with the Irish national terminology committee, An Coiste Téarmaíochta, eventually sending one of the team in Brussels to its monthly meetings in Dublin. Together with Jenny Bell (who was to succeed him), he ran a highly efficient and welcoming service which was used as much by translators from other language units as by English and Irish translators. Today the Interactive Terminology for Europe Project is the largest terminology database in the world, with eight million terms.

Meanwhile he had met Carine Bossaerts, an executive with a credit insurance company, and romance blossomed again: they were married on September 1990,

He retired from the Commission’s service in 1997 and over the next two decades maintained his scholarly and social interests, travelling regularly to Ireland to visit family nd friends, including some from his days as a seminarian and a priest. He lived to see his economist daughter appointed as an Assistant Professor at the Universite Libre de Bruxelles in 2010 and saw her develop her particular interest in the role of women in Europe (her doctoral thesis was on the subject of ‘Family, Work and Welfare States in Europe: Women Juggling with Multiple Roles’). More recently she has become Scientific Director of Research and Evaluation at the Institute for Evaluation, Foresight and Statistics for the Wallon Region.

Ciarán also lived to see the birth of his grandchildren Simon and Lara, bringing his life to what might be regarded as full circle. Predeceased by five of his six brothers (he is survived by his brother Frank), he died peacefully at his Belgian village home on December 16th. 2017.

The Commemorative Mass at St. Michael’s Church, Crosspatrick was celebrated by Dean Seamus McEvoy, P.P. Seir Kieran a contemporary as student and staff member at St. Kieran’s College and Maynooth, assisted by Monsignor Michael Ryan, P.P. Castlecomer and Fr. Dan Bollard, P.P. Thomastown, former student. The concelebrants included Fr. Pat Comerford, P.P. Freshford; Fr. Frank Maher P.E. Johnstown; Fr. Tom Coyne, former P.P. Galmoy; Fr. James Dollard, former P.P. Conahy and Monsignor James Ryan, former P.P. Tipperary. The staff of Worcester College for the Blind was represented by Mr. Colin Spencer and Mr. Pat Russell (Thurles) and Ms. Kathleen Fingleton represented his former colleagues at the Council of Ministers of the EU in Luxembourg and Brussels. Apologies were received from Kieran Dooley, a native of Freshford and a former pupil, who was a senior official of the Agriculture Directorate of the EU for almost forty years until his retirement in 2011.