‘Renua is the only credible alternative’ – Patrick McKee 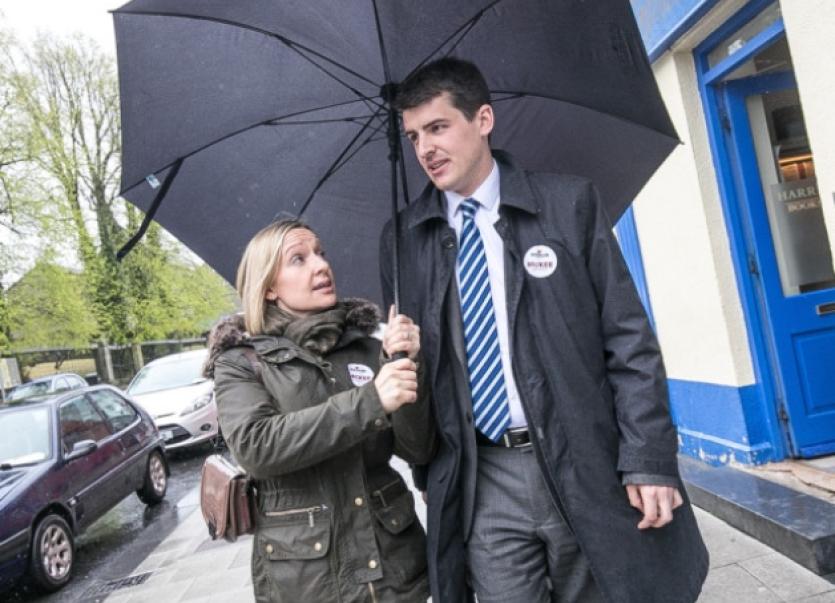 It’s a wet and windy day on the campaign trail in Castlecomer when we meet Patrick McKee – the first-ever election candidate for new political party Renua Ireland.

It’s a wet and windy day on the campaign trail in Castlecomer when we meet Patrick McKee – the first-ever election candidate for new political party Renua Ireland.

The 26-year-old is accompanied by party leader Lucinda Creighton, and they are at the tail end of a tour across the north of the county, meeting and greeting locals.

“We are the new party,” they typically say by way of introduction – but in a lot of cases, the reputation has preceded them. Lucinda is an immediately recognisable face for many people, and Patrick’s star has been on the rise since his election as Kilkenny’s youngest councillor last May.

In Cunningham’s Fruit and Veg shop, the duo are greeted warmly. It’s revealed that rival candidate Bobby Aylward has been by recently also.

“I will consider you becase you are new,” McKee is told.

‘Big business is the Government’s focus’, and ‘more needs to be done for the SMEs’ are refrains heard more than once. Castlecomer is an area that has felt the sting of recession – the closure of the coalmines, and more recently, the brick factory, were bitter blows. Currently, its bus services are under threat – although interestingly, this issue does not come up directly. (Neither, for that matter, does water charges).

“The recovery we are hearing about is Dublin-centric,” says Patrick.

“There was no mention of small businesses or rural Ireland in the Government’s Spring Statement. What we are about is improving the lives of people in our towns and villages.

”We need to shake up the system, and Renua is the credible alternative.”

In Hennessy’s Giftware, Audrey Taylor is from Laois and so won’t be voting in the Carlow-Kilkenny By-election. But she is interested enough to ask about about the party and its policies.

Reaction is also positive in Forde’s Eurospar, where Patrick introduces himself to staff and customers. Two ladies collecting donations for the new gym at Castlecomer Community School hear what they have to say. Patrick reveals he is on the Board of Management at the school, and has taken an interest in its progress.

In Quirke’s Pharmacy, proprietor Edel Quirke is guarded about what way she will vote, but is interested enough to ask some questions. Her husband works in the public sector, and wonders how the new party will affect that.

Lucinda explains her party’s position – that the public sector should be a meritocracy.

“People who work hard should be rewarded,” she says.

“It’s not about bashing public service workers. That’s what we are trying to change.”

Then it’s time to depart ‘Comer for Kilkenny City, where supporters, friends and familly have gathered for the opening of the Renua office.