Noonan fighting for renewal of our rural towns and villages 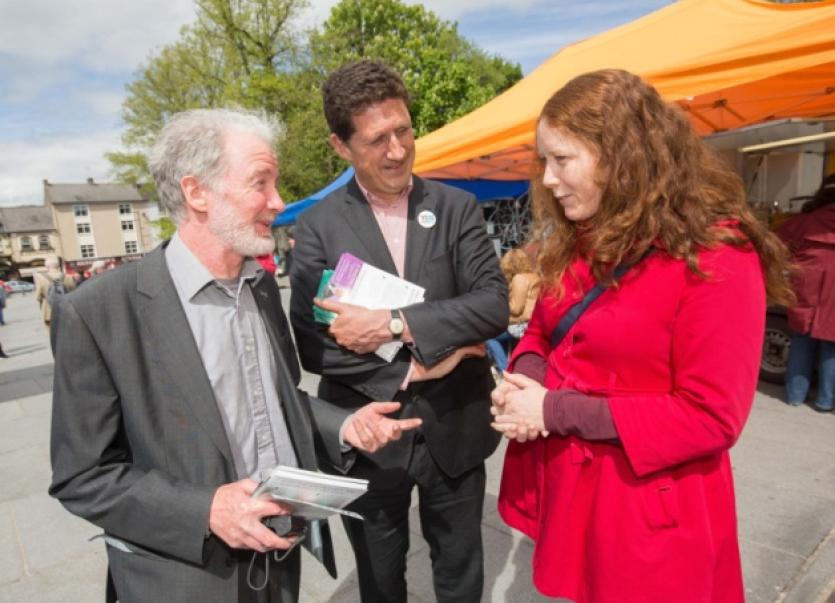 Did you know that Cllr Malcolm Noonan’s uncle Paddy Noonan, nursed Winston Churchill before he died.

Did you know that Cllr Malcolm Noonan’s uncle Paddy Noonan, nursed Winston Churchill before he died.

And that’s just one of the interesting facts I discovered when I canvassed the Kells area with the Green Party candidate in the upcoming Carlow-Kilkenny by-election which will be held on Friday, May 22.

He is an energetic and enthusiastic campaigner for rural regeneration and has given a commitment that he will do everything in his power, if elected, to push for an interpretive centre at Kells Priory.

“We have to protect places like Kells and ensure that it prospers and we all know that Kells Priory is a sleeping giant as far as tourism is concerned and a centre for visitors where they could learn about this fantastic structure and its history would be great and help to the local economy and shops,” he said.

He is accompanied on the canvass by his father Derry, retired Quartermaster Sergeant at James Stephens Military Barracks, who was reared at Rogerstown, Kilmoganny, just down the road, and also by his sister, Mrs Jackie O’Farrell who lives in the village.

Malcolm has a degree in rural development and is fighting this campaign on the regeneration of rural towns and villages.

“The heritage of these places has to be respected and enhanced and places like Kells, Tullahought, Piltown and other villages and parishes are great potential, an untapped resource,” Cllr Noonan said.

As for the Green Party, he is under no illusions about how it is going locally and nationally: “We just have to fight our own corner and get our message out there. We have a great team of people on the ground and we have no financial resources, everything is raised in a voluntary capacity,” he pointed out.

He knows the seriousness of the challenge ahead for the country: “Rural Ireland is in serious trouble. We have to protect what we have and the fact that the postmasters are going to run candidates in the next general election because of the threat of closure that hangs over so many rural post offices, tells you how serious the situation is in the country.

”By developing living above the shops projects, restoring vernacular buildings and addressing derelict buildings, we can start making a difference no,” he said.

He wants to establish resilient rural and urban economies to start community or co-op like energy projects that will supply local needs and reduce fuel poverty and reliance on imported fossil fuels,” he said.

Malcolm is married to Jennie, a community and family support worker and they have four children; Colm (11), Tristan (10), Stephen (2) and Kitty who is six months old.

Note: Malcolm’s uncle Paddy who is dead around 20 years was nurse to Winston Churchill and had many great stories to tell about Britain’s wartime Prime minister. He lived in the old family cottage at Rogerstown, Kilmoganny.