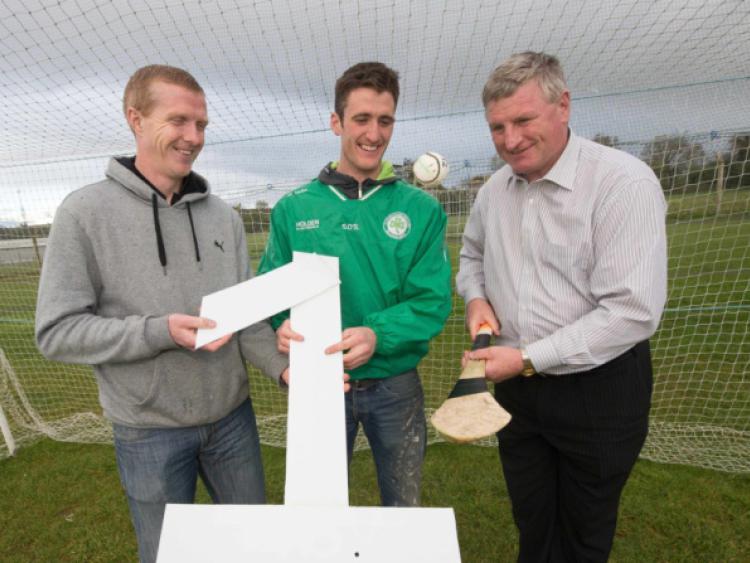 You could be forgiven for thinking that Bobby Aylward and Deputy John McGuinness were close, personal friends as they walked along Dominic Street, Kilkenny on Tuesday night with Fianna Fail party leader, Michael Martin.

You could be forgiven for thinking that Bobby Aylward and Deputy John McGuinness were close, personal friends as they walked along Dominic Street, Kilkenny on Tuesday night with Fianna Fail party leader, Michael Martin.

Aylward, the party’s candidate in Carlow-Kilkenny by-election on Friday, May 22 is affable and easy going on the doorstep where he is introduced by John McGuinness who is on first name terms with all the householders. Deputy McGuinness has visited many of the local authority homes helping out with repairs done by council staff.

Michael Martin spends his time laughing and joking and even though McGuinness wants his job, sooner rather than later, he walks along with him. Next thing you known they’ll be going on holidays together.

Despite what the national media are saying, everyone had a kind word for Bobby and he answered every question on the economy articulately and with aplomb. What’s wrong with a country accent. He agreed with one woman that crime was a huge problem and that there weren’t enough gardai on the beat. “Fine Gael have claimed they are a law and order party yet crime is getting worse it is the old and the vulnerable who are being targeted.

“We are not prioritising the right things, we need to ensure people feel safe in their homes, at the moment they don’t.

That went down well with the little old lady who lives on her own and she promised to give him the number one and she put her arms around him to give him a kiss.

The next house an elderly man said that his son had to go to England to find work three years ago and that despite the supposed upturn in the economy, many people couldn’t find work.

Bobby, handed the question with honesty and offered a solution.

“You’re right, the ordinary people haven’t seen it on the ground and we need to get people working.”

He said that the IDA and enterprise Ireland had ignored Kilkenny and there were very few visits by personnel from both organisations.

He said he was calling on the IDA to build an “advance unit” in Kilkenny to increase the city’s potential to attract foreign direct investment. The agency has supported the construction of similar units in Athlone, Letterkenny and Waterford, but the Kilkenny area had neglected .

“We are being left behind. We need to attract more overseas business. The creation of an IDA advance unit in Kilkenny will help achieve this.

He was livid over the huge cut in LEADER funding for Kilkenny and said that locally, the agency had helped create good, long term jobs in small enterprises and kept people in rural areas.

“This savage cut of 42% is an attack on Kilkenny communities when they can least afford it.

This is the latest example of the slash and burn of services in rural areas by an uncaring Government and we are now learning the extent of cuts to vital rural funding,” he said.