Callan: Why no bright lights?

NO CHEER - For the second year in a row the streets of Callan have failed to grasp the spirit of Christmas with the town devoid totally of bright Christmas lights.

NO CHEER - For the second year in a row the streets of Callan have failed to grasp the spirit of Christmas with the town devoid totally of bright Christmas lights.

But for the wonderful Monkey Puzzle Tree in the Parish Church grounds with the beautiful white lights been lit by Eddie and Alice Kelly of the Steppes Bar, there would be no public festive lighting on show on the streets of our town. Even in the bad old days of the 1970’s and 1980’s there was always a Christmas tree on the Cross which was always erected by the Late Micky Cunningham and Noel Morrissey and as always the Vaughan family provided the electricity for the tree. Lights lit up West Street and parts of Green Street. Into the 1990’s and even the 2000’s more and more lights festooned both business and private buildings on all streets, so why has a sense of depression descended upon the town. Yes things are bad and people are struggling but why have we as Callan people allowed this totally black cloud to come over us especially at Christmas. It certainly creates a very poor impression of the town not having Christmas lights. Our near neighbours in Ballingarry have the village lit up from the bottom of the street all the way to the Church on the hill, the electricity being provided by Callan resident Aidan O’Dwyer, further up the road the town of Killenaule also has beautiful lighting along the street. Creating a festive atmosphere raises spirits and puts everyone in the mood to celebrate the season of good will, sadly we and I use the word ‘we’ collectively have failed to do ourselves justice. The majority of towns around the country make a huge effort to brighten up their streets around Christmas so as to welcome home our diaspora and to encourage people to shop in the town. We are certainly not encouraging people to come and shop in the town during the festive season. With the multiple Aldi opening in Spring this year, it is important that Callan makes every effort to maintain its identity and not become known just for the Aldi store. NEW PATHWAY - No doubt most of us have experienced the pleasure of walking the new paths on the bypass over the Christmas period. They give a greater sense of security being further away from the traffic and it is a welcome amenity to the town and no doubt the new pathway will be in full demand in the New Year. Yes there is a ‘but’ as there often is because the pathway along the old Clonmel road were to be upgraded over five years ago but as yet they remain in a shocking state. Councillor Tommy Maher has confirmed on more than one occasion that money has been set aside to upgrade the old pathway but over five years on the path have continued to deteriorate and are now virtually impassable now. In fact they are very dangerous at present with wet leaves covering the surface and it is only a matter of time before someone has a serious injury. It would appear that until someone is injured nothing will be done to improve that area of pathway. A lot of people have to walk on the road to access to Kilbride cemetery and like walking this road because it is sheltered unlike the bypass, so please can something be done to make the paths safe to walk this year please.

TABLE QUIZ - A Table quiz will be held at the ‘Brogmaker’ Bar on the Castlecomer Road Kilkenny on Friday night next 4th January in aid of African Slum Children Association. The leading light of this Association is Callan woman Peggy Saunders who has raised funds for the Children for many years and has a stall at the Car Boot Sale every Sunday along with Phyllis Walsh. Both women make sure all the money raised goes towards the charity and presently they are raising money so as to build a Water Scheme to supply 2,000 people which is the size of Callan. The quiz begins at 8pm and a table of four persons costs €20.

COOLAGH NEWS - As we near the end of 2012 we look back on all the activities in the Coolagh area. It was a year of mixed emotions, as we came together to celebrate the good times and try to deal with the bad times. Weatherwise after a sunny dry Spring, we witnessed one of the wettest Summers on record. In January, Mrs. Nora Bergin of Croughtabeg, celebrated an important birthday with Family and friends. St. Patricks Day was celebrated in the local Church, probably the first time Tom Power was’nt there to hand out his endless sprigs of shamrock. In late June and early July, the locals celebrated Mass and the Blessing of the Graves at Kilbride and Coolagh. One week later, the dark clouds descended around Coolagh as the sad news of the passing of Tracey Saunders of Knockbutton filtered through. Tracey, was well known through her work at St. Lukes Hospital and had a huge circle of friends. Formerly Tracey O’Sullivan, from Bauntha, she settled down in Coolagh with Michael just nine years ago. She loved nature, the countryside and was always full of life’s cheer. They were blessed with two little children, Jenny and Mikey. Tributes were paid to Tracey from many people, and we will remember her forever young. At the end of July Coolagh people were involved with Callans Abhainn Ri Festival, a weeklong of cultural, sports, arts, heritage, youth, food and music events. One of the lunchtime events was the history and tour of Billy Mahers Callan motor garage, formerly a cinema. September saw the black and amber colours flying high, with the blue and gold missing this year. it took two attempts with the Westerners to bring Liam McCarthy home. In October, Peggy Saunders, who works tirelessly with her Committee in raising money for education and food in the darkest part of Africa, held a hugely successful concert at Springhill Hotel. The main Guest was Fr. Liam Lawton accompanied by many other artists. In November, the death occurred of Rory O’Gorman from Killamery. Rory was synonomous with Coolagh and its many events. He was instrumental in organising the infamous Donkey Derby at the Coolagh Pattern. November also saw the gathering of the local Community at Coolagh Hall, to gain ideas and inspiration to host an event at Coolagh, in conjunction with Irelands Gathering in 2013. The event will probably take place at end of July with the Cemetery Mass at the old ruins on Coolaghmore Hill. Many people at the Gathering meeting commented about the Hall, formerly the old National School, is maintained in pristine condition. This is thanks to Fas worker, Jimmy Barry, who attends also the Graveyard, carpark and Churchgrounds. Also in November two locals were honoured at a reception in Maynooth College. Pat Bacon and Peggy Lyons completed a course in Theology, and were awarded their degrees at a ceremony at Maynooth. The local Group Water Scheme, under the guidance of Chairman John O’Keeffe, recorded the lowest ever daily consumption of 49,000 gallons in September. This is due to the commencement of charging with the newly installed meters. The water supplies 156 dwellings, 54 farms, 1 school, 1 hall and 1 Church.The week before Christmas, there was an air of anticipation and excitement as over 60 local children packed into Coolagh Hall, to await the arrival of Santa. The Hall was transformed into a Santas Grotto thanks to the artistry of Julie O’Brien and her band of Christmas Elves. This was Christmas spirit at its best and a children’s world of lasting memories. The Christmas Cardgames were hugely successful with patrons taking home the Christmas turkeys and hampers. Billy Maher, on behalf of the Committee thanked all who supported the cardgames and had a special word of thanks for catering committee, Joan O’Keeffe, Mona Lyons, Eileen Maher, Sadie Bacon and the bookkeepers Lena Saunders and Mary Byrne. Christmas Mass was celebrated on Christmas Eve with Fr. Willie Dalton accompanied by Coolagh Choir and soloist Niamh Bambrick in Church of our Lady, Coolagh. Altar Servers - Eoin O’Brien, Luke Dunne, Darragh Byrne and Niall O’Brien. As we travel on the road together towards 2013, we live in the hope of better times economically and that we are blessed with good health and good weather for all. The countdown has begun for The Gathering, anyone with Family, Friends and Neighbours from the Coolagh area, are asked to contact them and also supply details to any Committee Members, to celebrate with us at this cultural event in July 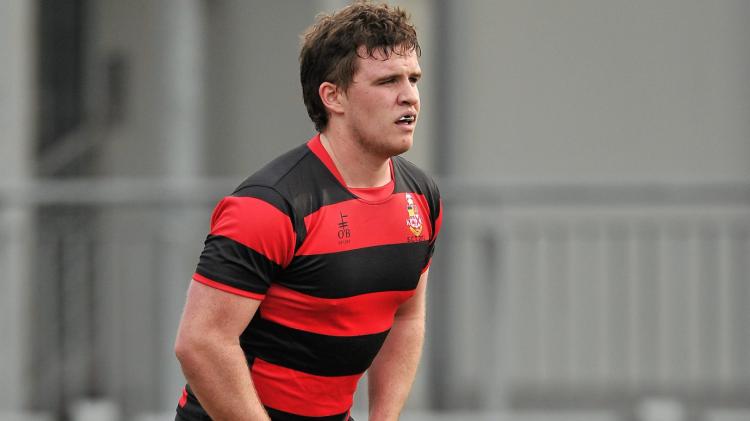 Car with 'lethal tyre' seized by local gardaí also had no tax or NCT - see pic!

Bowie needs Kilkenny support to be crowned 'Nose of Tralee' - click for details!