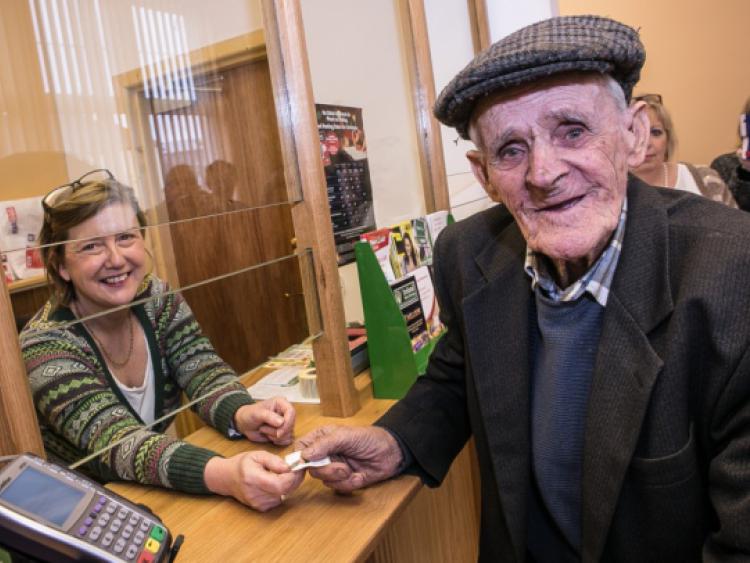 There was great happiness on display in the village of Kilmoganny on Monday when the local Post Office reopened after a fire in August.

There was great happiness on display in the village of Kilmoganny on Monday when the local Post Office reopened after a fire in August.

After months of hard work, spearheaded by Postmistress Jackie Kenneally, the Post Office reopened at its new location at St Eoghan’s Centre in the village.

The former building was gutted and subsequently demolished after a large blaze broke out on the evening of August 29th. However, just two and a half months later, the local amenity has already been repositioned to the Centre, in a room next to the Parish Hall.

“It took a lot of hard work to get it here. There is a great sense of achievement. I’m so delighted for the people in the village of Kilmoganny. It’s such a loss not to have a Post Office in the village,” said Jackie at the reopening.

In the aftermath of the fire, she worked with An Post Area Manager Pat Cremin to decide on a new location and brought in local workers to construct the new hub. The service will be positioned in the Community Hall until a new building is constructed on the former Post Office site.

Jackie remains grateful for the help from Callan Post Office who took in her customers while a new building was constructed, but admitted that it took a lot of strength to recover from the fire.

“I thought it was insurmountable. I thought that I would never even find the energy to get it together. But you refocus and it was important to get it open for Christmas because the likes of postage is so important at this time of year.”