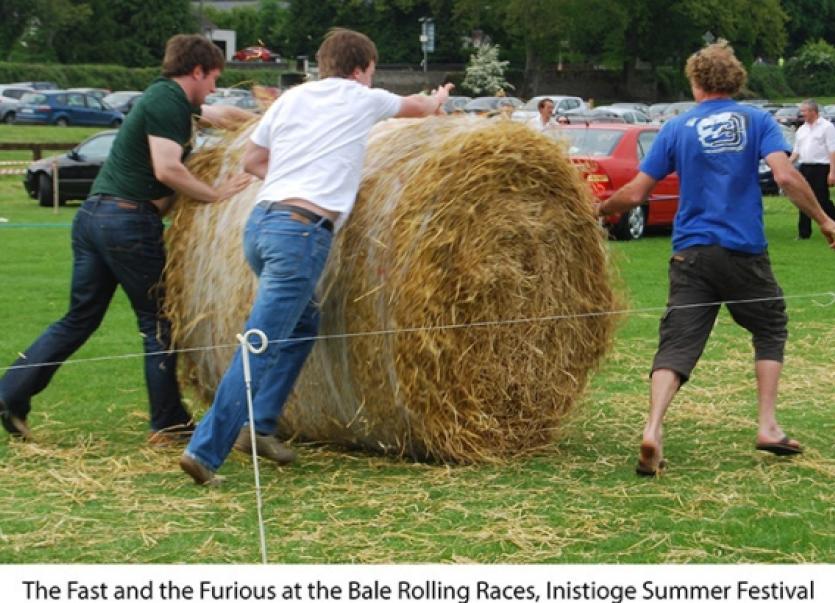 A fantastic day was had by all at this year’s Inistioge Summer Festival. In it’s fifth year this festival has gone from strength to strength with this year surpassing all the rest.

A fantastic day was had by all at this year’s Inistioge Summer Festival. In it’s fifth year this festival has gone from strength to strength with this year surpassing all the rest.

The sun was shining, little kids in sundresses and shorts., the long forgotten smell of suntan lotion.... Summer as you remember it when you were a child was alive and well in Inistioge last weekend.

The addition of the Vintage Boutique was a huge success, many keen shoppers returning to the shop three or four times to make more purchases! Also new to the event and a great hit was the Bale Rolling Races which brought out the competitive side of many people, both men and women rolling up their sleeves, it was fast, furious and great fun!

Four Penny Rock blasted out the tunes in the Millenium Garden in the heart of the village. The square was filled with families, enjoying the magical evening after a fun-filled day.

Speaking at the festival ‘clean up’ Jackie Sheehan, PRO of the festival committee, expressed her delight at the success of the 2013 festival: “Due to the huge success of this year’s festival much needed funds were raised for the Cois Abhann, Inistioge Community Centre. We are very grateful to our many sponsors who support us every year. Special thanks has to be given to the Festival Committee and to the many, many volunteers who helped out on the day, without them there would be no festival. Also a big thank you to the entertainment, Four Penny Rock, Hatchery Folk, Tania Opland and Mike Freeman, the Craiguenamanagh Brass Band and the brilliant Reverend J M & His Panic Workshop. It really goes to show what people can achieve when they come together as a community. A great day was had by all. Roll on next year’s festival which will have even more to offer, mark it on the calendar now!”