GAA - The Junior Team won their semi-final convincingly on Sunday last, against Naomh Eanna from Gorey in the Leinster Junior Club Championship. The final score was 1-24 to 10 points to Thomastown. Scorers were Michael Donnelly 0-9 (3 frees), Darren Burke 0-5, Jonjo Farrell 0-5, Thomas O’Hanrahan 1-1, Stuart Waugh 0-2 (1 free), Dessie Walsh 0-1, James Hoyne 0-1. The Final will take place on Sunday 2nd December. If anybody wants a dvd of the semi-final please contact the PRO on 0872723786.

GAA - The Junior Team won their semi-final convincingly on Sunday last, against Naomh Eanna from Gorey in the Leinster Junior Club Championship. The final score was 1-24 to 10 points to Thomastown. Scorers were Michael Donnelly 0-9 (3 frees), Darren Burke 0-5, Jonjo Farrell 0-5, Thomas O’Hanrahan 1-1, Stuart Waugh 0-2 (1 free), Dessie Walsh 0-1, James Hoyne 0-1. The Final will take place on Sunday 2nd December. If anybody wants a dvd of the semi-final please contact the PRO on 0872723786.

Soccer - The Junior A side were still on a break last weekend due to Oscar Traynor game. Next weekend see them back out with a home game against Freebooters B @ 11am. Thomastown United Junior B side welcomed River Rangers to United Park in the League. It was Thomastown who grabbed this game by the tail and powered home 3-1 winners with the goals coming from Danny Cotteral, Rory Leadbetter & Nathan Sherry. Great all round team performance. The Over 35’s travelled to Tullow to play Parkville and came away with a share of the points. Final score 1-1 and Thomastowns goal came from Johnny Maher. The two under 11 teams played at the weekend and it was a good day as both registered good wins. The B team started early with a trip to Southend and were looking for their first win of the season. There was a good turnout with 5 eager looking subs on the sideline and this was a very different story to last time out when there was 7 missing for various reasons. The game started evenly with both teams having chances and the first goal was always going to be crucial and fortunately it came for Thomastown when Ben Tennyson finished well after some great build up play. The Southend heads seem to sink after that and in truth Thomastown dominated for the rest of the game but struggled to get the clincher goal. It finally came when man of the match Daniel Middleton found the net and victory was complete when the excellent midfielder Gerard Prentice thumped home a free kick for 3 – 0. This was a great display from the lads with everyone playing a part with particularly good shows from James Synott, Luke Skehan and Lukas Fromann as well as goalscorers. The A’s had a home fixture against Bridge Utd and things didn’t start to plan with the home team conceding early to a penalty but were soon back level with a free finished well by Peter Connellan and this was how it stayed until half time. The second half was pretty much one way traffic as Thomastown pushed hard for victory but couldn’t beat the wonderful Bridge keeper who seemed to stop everything and even when beaten the post saved him twice ! There was plenty of changes made and players pushed forward to get the winner and on a couple of occasions Bridge looked dangerous on the break. Then with 5 minutes left the breakthrough came and it was midfield enforcer Shane Kearney who beat the keeper at his near post. The relief could be felt all round United Park and just a minute later victory was secured with lively forward Cillian Lawrence wrapping up the points with a good finish. Great displays from Ed Fitzpatrick, Liam Treacy and Lee Hehir. Please check out our website for up to date information on www.thomastownunited.com

Charity CD - Henry Shefflin, along with Liam McCarthy, extend an invitation to you to the Newpark Hotel, Kilkenny on Thursday 22nd November at 8 pm for the launch of “The Spirit of Christmas” CD in association with the Building of Hope Project. The CD was recorded by the children who attend the Likoni School for the Blind in Mombasa, Kenya. 183 volunteers from all over Ireland travelled to Mombasa in January and February 2012 and built a home for these blind children. Outside of Co. Clare, the largest number of volunteers came from the Kilkenny-Carlow areaThe CD comprises of 8 Christmas Carols. The children put a great effort into the recording of the CD as they had to learn the words through braille and in English. They will be on sale on the night for €10 each and all proceeds will be used by the charity for the children’s medical, social and educational needs. Come along and meet Henry and Liam and support a very worthy cause. 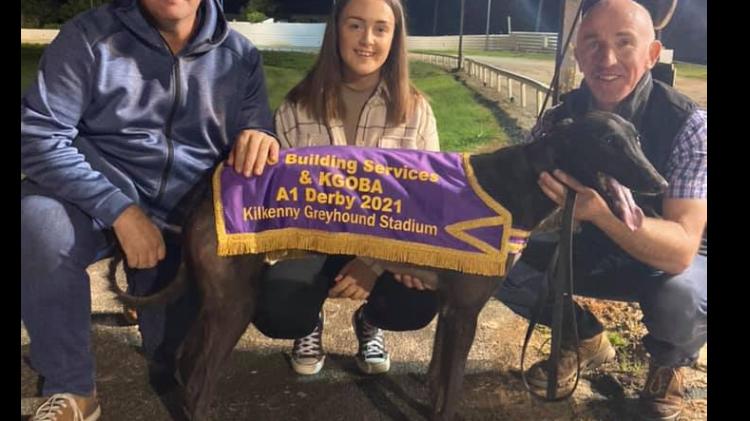