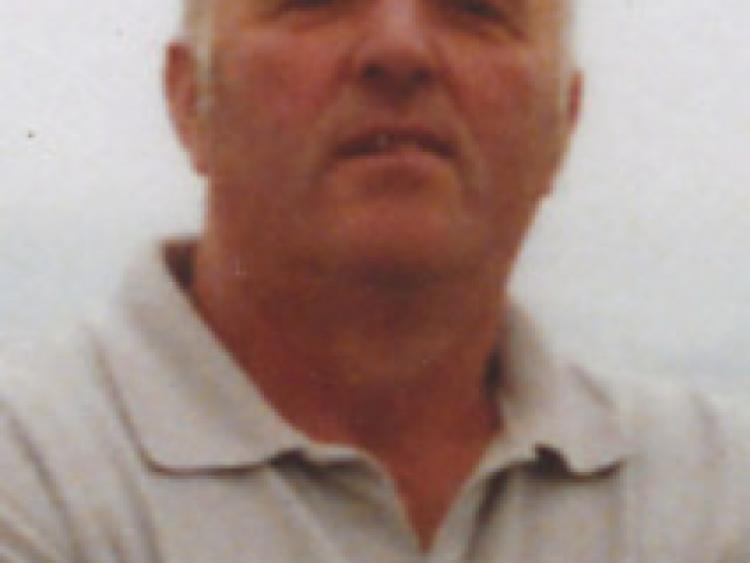 Following a long brave battle with illness, the parish of Windgap and Tullahought,lost one of its great characters following the passing of Pat Purcell in October. Living all his life in his home parish, Pat was a devoted family man to his wife Mary, sons Vincent and Stephan, and extended family.

Following a long brave battle with illness, the parish of Windgap and Tullahought,lost one of its great characters following the passing of Pat Purcell in October. Living all his life in his home parish, Pat was a devoted family man to his wife Mary, sons Vincent and Stephan, and extended family.

Pat was very proud of his beloved Tullahought, especially of its recent achievements in the tidy towns. Not one to sit back, Pat was an active committee member and contributed hugely to the bronze medal award which was won by the parish.

When not spending time at home there was no other place where Pat was happier than on the benches of Nowlan park with his great friends Nicky, Gabriel, Jimmy Walsh (Coolhill) , his own brother Ned and all the gang, running the rule over the Kilkenny team being put through their paces at training. Pat, unlike many other supporters, would not only turn up to see the All Ireland training, he would be there all season, from March onwards. Whilst dissecting every puck, he would have fellow onlookers enthralled with his observations and legendary one liners. On his last night in the park early this year he stayed back for a few minutes and left his friends leave without him, when asked what kept him, he sadly replied ‘I wanted one last look at the place that gave me such happiness all these years’.

He spent his early working years in the old paper mills in Granagh and almost 30 years employed in Windgap Creamery.

The Windgap Creamery was the place to be on a Monday after any famous Kilkenny win, none better if it was over ‘the crowd across the river’ as he would refer to the Tipperary lads.

I’m almost sure lots just loved dropping in there on days like that to hear Pat holding court.

It was fitting his last game was this years league final when his beloved black n amber beat ‘them’ again. He often would remark how he had never dreamed he would be alive to see Kilkenny win 9 all-Irelands in 13 years. There would never be a mention of the ones we lost (one in particular !) He held a special grá for his own club Windgap representing the club as a fine underage goalkeeper, playing minor and under 21, and would regale to many of his belief that his proud parish should have won a senior championship in the early 70’s.

The drive into the park without one of Kilkennys greatest supporters will never be the same again for his great friend Mike and his brother Ned. Our discussions at training on the right hand side of the old stand will be tinged with sadness without our dear friend.  Even as the end neared in his last weeks, much of Pats conversation would again steer to how his beloved Kilkenny team would fare in the coming year. No doubt a great debate has already begun upstairs with his old friends Bill Butler, Tommy Shea and Sean Power. Pat is survived by his wife Mary, sons Vincent and Stephan, brother Ned, sisters Margaret, Esther, Marian and Bernadette.