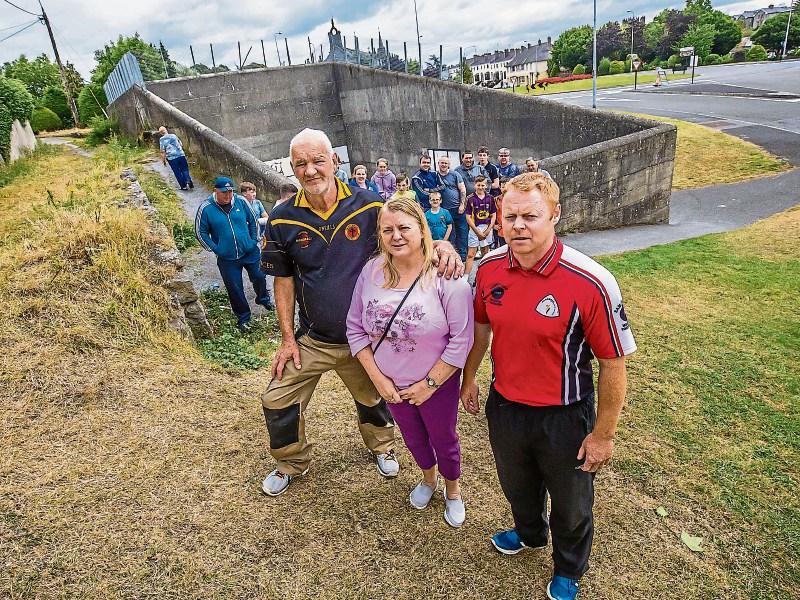 Should there be a permanent memorial at The Butts handball alley as a tribute to Ducksie? Let us know by voting and leaving your comments below.

A permanent and fitting memorial to the late Michael Ducksie Walsh would serve as an inspiration to young people.

So said Vera O'Neill, Ducksie's sister, as calls grow for a statue of the country's greatest ever handballer to be erected where he first took up the sport

Former handball partners, friends and old neighbours congregated next to The Butts handball alley at lunchtime on Tuesday to add their voices to the growing clamour for a lasting monument to the giant of the handball world; a man who was revered by all in The Butts where he came from and where he was a hero to younger generations.

His former handballer partner, Willie Pratt said it was the least the GAA, handball authorities and the people of the city and county could do for the 50 year old who died suddenly last Wednesday.

“And you'd never know, they might give us a new ball alley as well,” he added.

Ducksie's sister Vera, still in shock following her brother's sudden death said it was the least he deserved.

“The handballers never get enough recognition and this monument would help and would encourage children to take up the game if they saw Ducksie's statue at the alley.”

Mick Clifford who played senior doubles with Ducksie said that it would mean a lot to the local people and his family if he was recognised in his own place.

Former neighbour, Josephine Woods spoke of the great role model Ducksie was and how his mother Vera doted on him and never called him Ducksie, but Michael.

It emerged that Ducksie's nephew, David and his new bride Marie, flew home from Kuala Lumpur, cutting short their honeymoon to attend the funeral. Ducksie had trained David as a cabinet maker.