Petronella restaurant in the Butterslip is a business that operates with one clear aim – to always put the customer at the absolute heart of everything they do.

Owner Frank Curran has had a very varied career path working in music and entertainment before moving into the restaurant business, but at the centre of all his endeavours has been a passion for people and a desire to make them happy. Frank not only feeds his customers, he also befriends and entertains them so leave with a satisified smile and refreshed spirits. READ ON BELOW 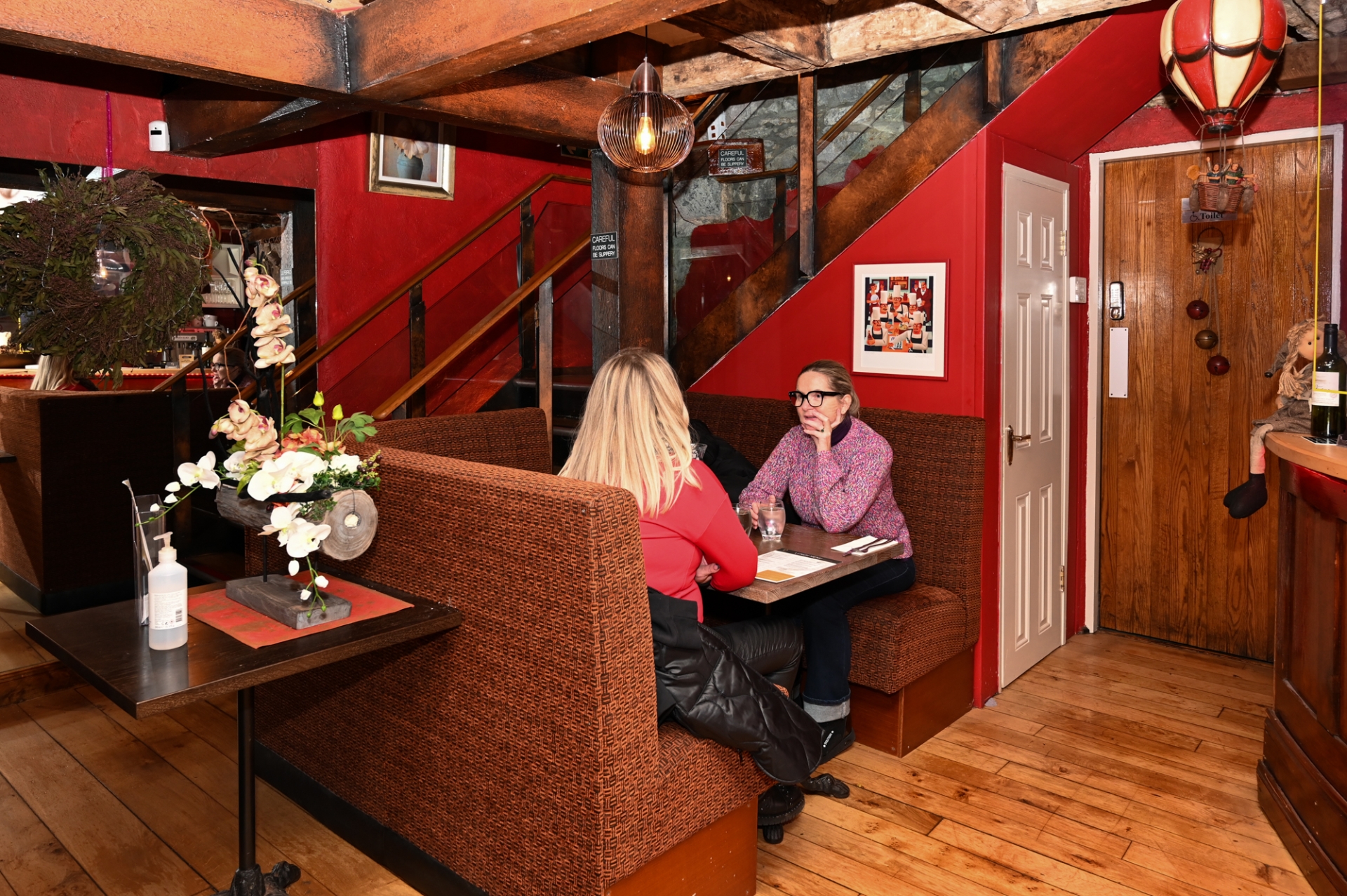 Although the restautant business can be notoriously challenging (the Covid pandemic, recruitment and spiralling costs being the most recent examples), Frank loves his work:“ I adore what I do," he says.

His good humour, sociability and empathy for other people are traits that have stood him in good stead in the hospitality sector. A warm welcome and a genuine interest in  his customers drives Frank to always make genuine efforts to ensure that clients enjoy not only thier food but also the entire experience of dining at Petronella's.

Visiting Petronella's is not only about delicious food and drink and a warm ambience, it is about immersing yourself in the fascinating story of the restaurant's namesake. Now entering its ninth year at the heart of Kilkenny, Frank's business is named  for an historic Kilkenny figure, Petronella de Meath (who was accused of hersey and witchcraft and was the first woman burned at the stake in Ireland in 1324).

Petronella was the handmaiden to Dame Alice Kyteler the famous witch of Kikenny who afte rthe mysterious death of  four husbands was condemend to death, She managed to flee to England and Petronella paid the ultimate price, being killed in her stead. After being tortured and flogged the unfortunate scapegoat confessed to her accusers and was burned just yards from where the restaurant now trades.

Petronella's fame is international: feminist artist, Judy Chicago has included the Kilkenny woman in her work The Dinner Party on permanent exhibition at The Brookyln Musuem in New York. The installation features  a massive ceremonial banquet, arranged on a triangular table with a total of thirty-nine place settings, each commemorating an important woman from history.  Petronella sits amongst these notable figures who also include Virginai Woolf, Geirgia O'Keefe and St Brigid.

The fact that Petronella's is loacted in a very historic building which dates back to 1602 also adds to its charms. The first mayor of Kilkenny, Nicholas Langton lived  in the Butterslip building  (along with his wife and 25 children) and was responsible for forging the deal with King James I that granted Kilkenny its city status in 1609. It is believed that this charter may actually have been signed within the Petronella building.

So, when people dine at Petronella's they are eating in a premises that has extremly deep roots in the historic life of the city for centuries. When you glance up, the beams overhead are the originals dating back to the 1600s – one can only imagine the changes they have witnessed in Kilkenny life over their 400 years.

Frank is aware that the unique back story to his restaurant is a wonderful asset. Visitors are intrigued by the name and he loves recounting the story of Petronella and her tragic demsise to his diners. None as yet have been put off their meal by her gruesome end. That Frank is a natural storyteller means he can vividly bring  the story to life for the many tourists who cross his threshold in search not only of  food and drink but also some Kilkenny charm.

Petronella's food is renowned for being both delicious and reasonable. Self-described as a European-Irish menu that draws on the chefs’ wealth of experience and creativity in responding to the most demanding palates, Petronella also prides itself on its vegetarian and vegan options. These were introduced in response to a request from Cartoon Saloon who wanted a special menu for a company dinner.

Since then, these addtions have become permanent fixtures on the Petronella menu and include dishes such as pan fried gnocchi, roast veg lasagne, lentil and mixed nut roast, a vegetarian Jaipur curry and their famed cauliflower wings. Franks warm relationship with Cartoon Saloon has led to him featuring in their animated films: In Lighthouse Entertainment's Dork Fandango Petronella and Frank have a notable cameo.

Frank's links to the entertainment industry have also inspired him to host a number of music inspired events. Petronella's has welcomed artists including Mary Coughlan, Declan O’ Rourke and Mundy not only to perform but also to design the evening’s meal before the show.

This unique collaborative iniative is the only one of its kind in Ireland and contunes to be a successful draw. Frank has four more of these artist hosted evenings at the planning stage, so watch the website for imminent announcements.

Frank's creativity has also led him tol aunch a range of Petronella themed merchandise which he sells both on his website and in the restaurant. The range includes t shirts, baseball caps, towels, keyrings, bags, chopping boards, and a medieval style chopping board sand ladles.

Gift vouchers can also be purchased online and prove enduringly popular as many peole choose to celebrate birthdays, anniversaries and reunions in Petronella's warm atmosphere.