The event saw the cutting of a ribbon to unveil a new part of the station's war memorial - with the 64 WWII names inscribed alongside Kilkenny's World War I fallen.

It's the culmination of a lot of hard work. Following the work of the Kilkenny Great War Memorial Committee to commemorate those who died in WWI, the Royal British Legion Republic of Ireland asked the committee to consider commemorating those who served with the Allied Forces in WWII.

Speaking at the event, chairman of the Great War Memorial Committee Donal Croghan noted it had been a challenging project for a number of reasons; first and foremost - the fact that many who served have since died, and until the last one dies records remain sealed in many locations. The committee availed of help from the Commonwealth War Graves Commission, and ran a publicity campaign in local and national media seeking information.

They managed to record 65 dead and 130 veterans who served with the UK, USA, Canada and Australia. The committee says that most went voluntarity to take part, while some were conscripted by their adopted countries. While they answered the call to battle the threat of fascism, their contribution was not lauded at the time; many were blacklisted, barred from State jobs and received no military pension. An apology for this was not read in the Dáil until 2013.

Several speakers noted the station was a fitting location for the memorial, as it was from there that many departed on their journey to the theatre of war, from which many would never return.

Mr Croghan described it as 'a lasting tribute to more than 64 Kilkenny people who gave so much - the ultimate sacrifice - more than 75 years ago'.

"Let us also use this occasion to remember and honour the approximately 130 WWII veterans from Kilkenny. Sad to say from our records, we can find that none are now still alive. We must never forget to say thank you, and this memorial will help us to do that," he said. 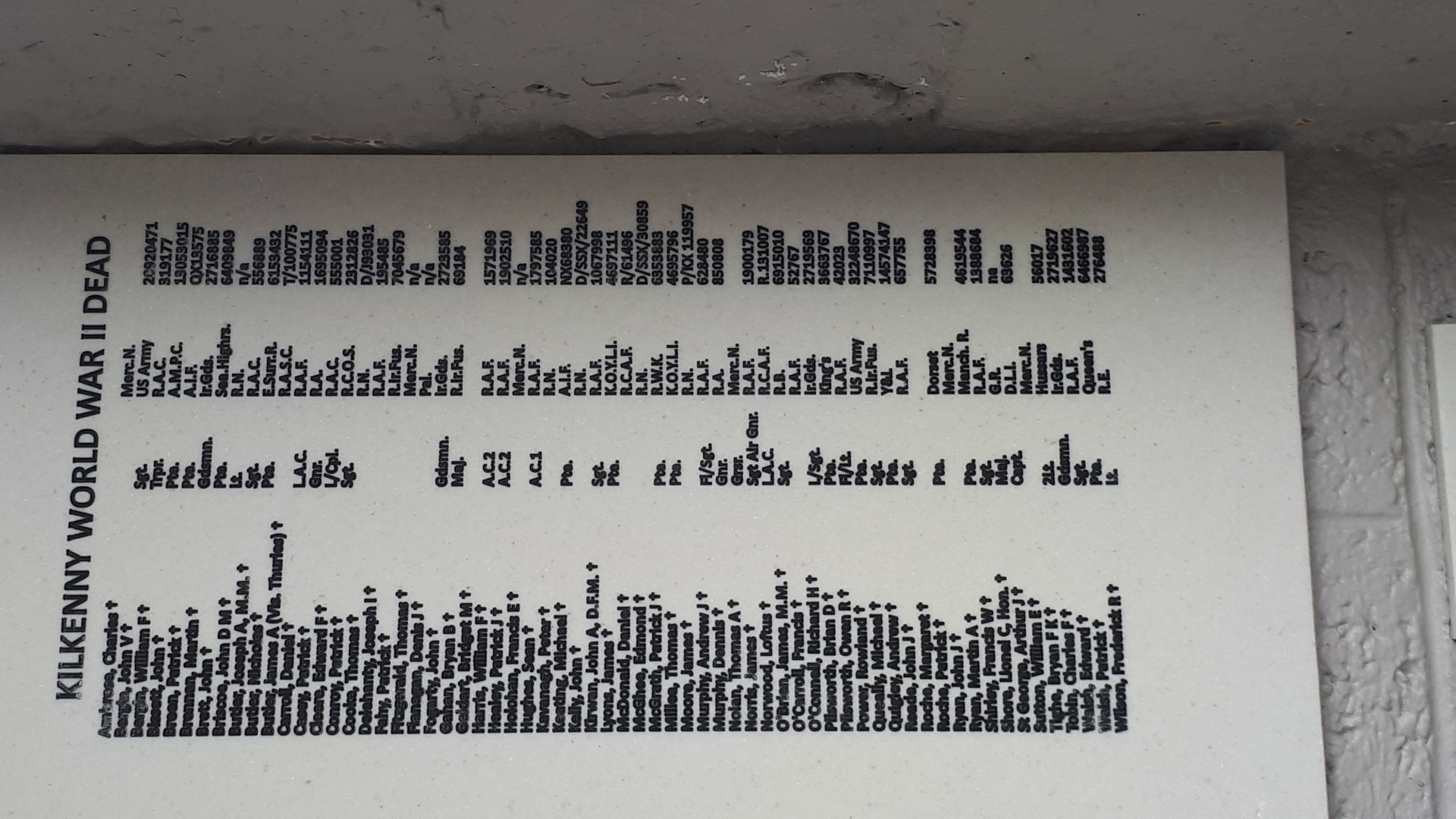 Chairman of the Royal British Legion (Republic of Ireland) Brian Duffy thanked the committee for all their work and said the Legion had been resolute in its duty to support such local remembrance initiatives.

"Today, a special group of Kilkenny's sons are resurrected from obscurity - citizen soldiers of the 'greatest generation' who risked everything and ultimately gave all in the necessary struggle against fascism during the Second World War," he said.

Cathaoirleach of Kilkenny County Council Andrew McGuinness commended  the Great War Memorial Committee on another successful project and their dedication.

"The importance of this memorial has never been more obvious than when you see families searching through to see the names of their relatives, and the look of pride when you find them. That is the importance of remembrance," he said.

Wreaths were layed and prayers read, while the national anthem concluded the ceremony after the Last Post was played.