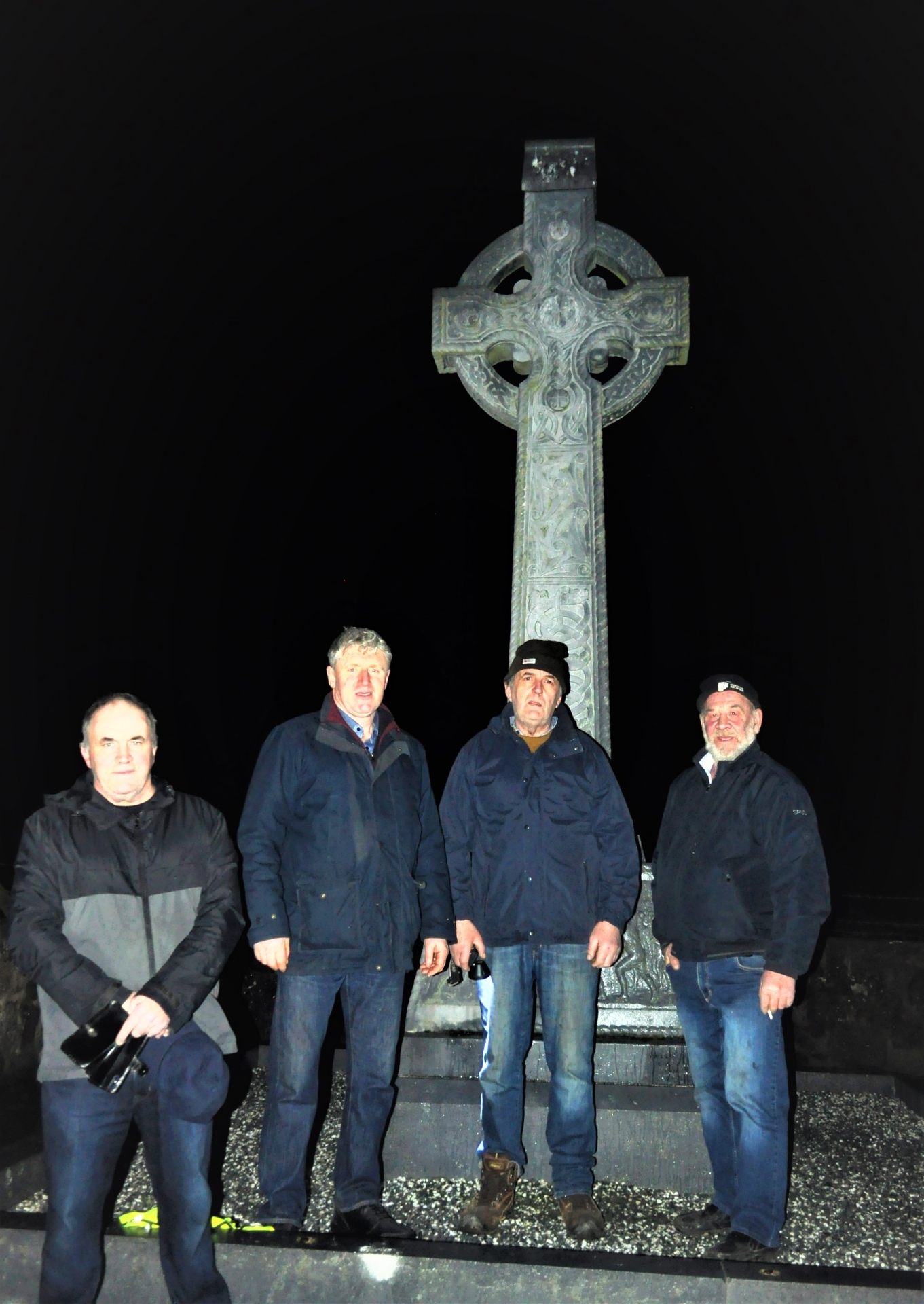 Locals gathered in the darkness in Carrickshock recently to remember an important historical event which took place almost two centuries ago.

The Carrickshock incident, Carrickshock massacre, or battle of Carrickshock, was a confrontation between the Irish Constabulary and local Catholic peasantry near Carrickshock, near Hugginstown, County Kilkenny on December 14, 1831, during the Tithe War in Ireland.

Seventeen were killed: 14 of the party attempting to collect tithes and three of the crowd of locals who confronted them - Treacy the leader, with Phelan and Power. The levy had been imposed by the Anglican Church, and led to fierce resistance especially among the poor, whose stable diet was of potatoes was affected.

In December of 1831, at Knocktopher, County Kilkenny, the local rector, Hans Hamilton, refused a request for the tithe to be reduced if not stopped entirely: mass non-payment was the result. Hamilton appealed to Dublin for help, and the government there authorised tithe processes relating to the defaulters.

A large constabulary bodyguard accompanied the men tasked with serving notices to the tenants, who antagonised the locals, stirring up immense resentment. On December 14, while travelling through a small county boreen called Boreen –a-gloch, a lane way not far from the village of Hugginstown, 40 of these men suddenly found themselves surrounded by a mass of
prepared locals, who had been shadowing them for some time.

Packed into a tight, confined space and assailed from all sides by rocks, pikes and hurleys, the police and land agents were unable to adequately defend themselves, despite having an advantages in arms. Eleven were killed and a further 14 wounded before they were able to extricate themselves from the situation. Three locals were killed on the other side .

At the monument, Helena Irish, a retired local nurse from a very well known local farming and business family in Hugginstown, was flanked by local people who have been keeping that commemorative event to the Carrickshock monument going for many a year.

Helena Irish did an exceptional job of delivering a lovely account of the events in history, she also drew attention and in parallel with the struggle for Irish Independence. Ms Irish said that, at the time, those who fought back did so against the greatest empire and military power of the time

"They would face muskets, gunpowder, bullets and bayonets with little more than pikes, sticks, hurles, shillalas and with
stones wrapped in shawls," she said.

She said Carrickshock may have been seen as a local victory, in fact, it became a major contribution to the national fight for freedom and was rememberd by the heroes of 1916 also. She recalled the local heroes, Power, Tracey and Whelan who gave their lives on that day.

"The men and women of Carrickshock would never see Ireland free but they still faced those impossible odds on that December day 190 years ago. They played their part in winning for us our freedom that still benefits us and the world today. Their suffering gave us our freedoms. Their deprivations gave us our privileges. Their courage gave us our confidence in the world. Their sacrifice gave us our hopes. They gave up their todays for our tomorrows."

Helena acknowledged the presence of the relatives of Tracey, Power and Phelan who were present. Special thanks to the Farrell family, Kyleva, for their continuous caretakers of this monument.Thanks also to Larry and Eddy Fitzpatrick, Pascal Shea and all members of the Carrickshock commemoration committee. And thanks to Father Cassin and Noel Maher for their contributions.