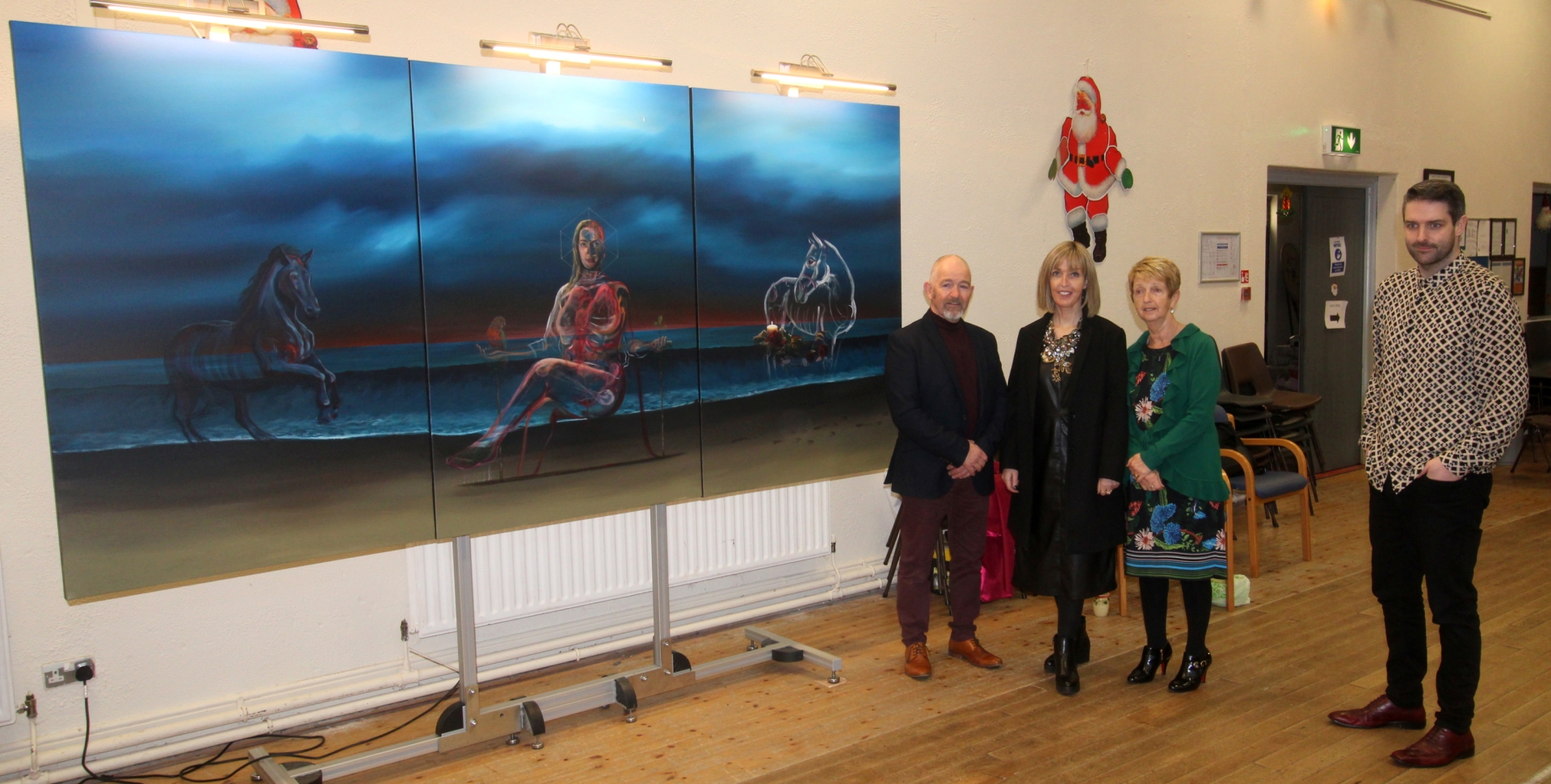 A specially-commissioned, iconic portrait painting of Kilkenny health campaigner Vicky Phelan was officially launched in Mooncoin Parish Hall at the weekend, ahead of a national tour.

Present for the launch in her native Mooncoin, Vicky spoke about the painting and her journey, having recently returned from the US. Friends, family and neighbours gathered for the socially-distanced and restriction-compliant event. The painting will now go on display and on a tour around Ireland.

The Triptych portrait was painted by Irish artist Vincent Devine, who was inspired by Vicky’s incredible courage. His aim was to convey the tragedies and the joys in Vicky’s life, through symbolism in the anatomy of her body and different objects.

Mr Devine explained all about each section of the painting, and also about the illness and injuries that Vicky has had down the years.

David Brennan, a family friend of Vicky and the Kelly family, is the owner of the portrait painting. Mr Brennan has promised to bring the painting home to display in Mooncoin, and has also given permission for the painting to tour around Ireland, so as it will be seen by as many people as possible.