Danny Mullins must still be on cloud nine after winning the Thyestes Steeplechase in his own back garden. Danny who lives just behind Gowran Park has been attending this race meeting since he was a child with his cousins. You can’t get any more local than winning in his first ever Thyestes Chase on a horse trained by his Uncle Willie Mullins. 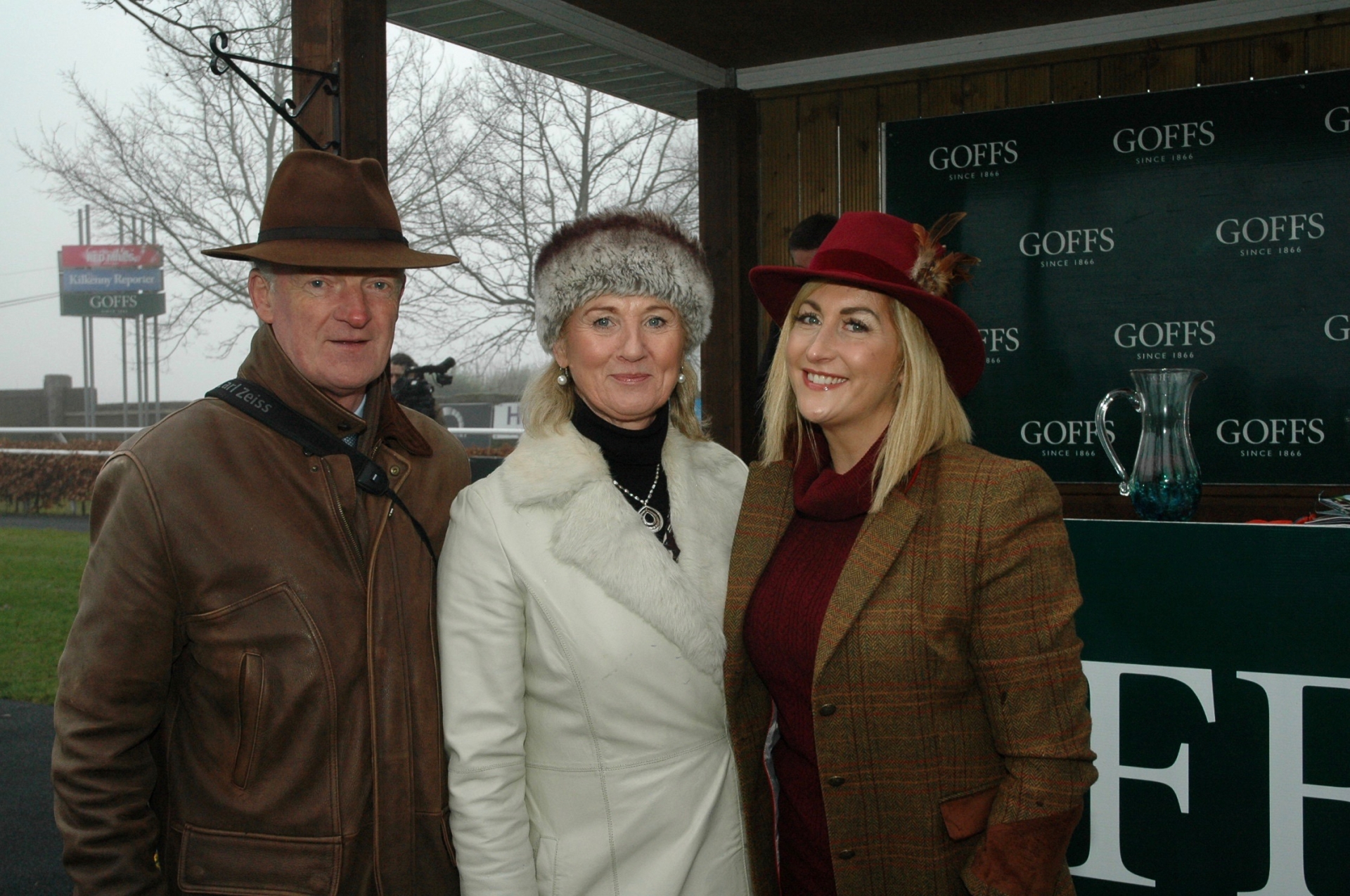 Racing fanatics couldn’t have been happier for the family last Thursday as Danny crossed the finish line. Total Recall ran to victory after a three plus mile race through thick fog on soft ground. It was also a lovely pot for the winning Slanyville syndicate and Lar Byrne, with prize money of €100,000.

The Thyestes Steeplechase is a race that’s embedded in the fabric of the county and known to stop the county. Making it even sweeter for Danny, was having his grandmother, the Matriarch of the Mullins family Mrs. Maureen Mullins, watching his victory from the side-lines. Speaking after the race, Mrs. Mullins said she was immensely proud of her grandson and pointed out how David, her other grandson also won the coveted race in 2017.

Mrs. Mullins has been attending the Thyestes meet since 1938, proving it wouldn’t be a Thyestes without a member of the Mullins family from Goresbridge, Co. Kilkenny. When interviewed about his mother, winning trainer Willie Mullins said, ‘she is a great woman to go racing. She turned up at the parade ring in Ascot last week and I didn’t know she was coming, I’ve giving up guessing where she will turn up next!”

There’s one thing for certain Mrs. Mullins won’t be missing Cheltenham in March, which she has been attending for the past 18 years. She is Irish racing royalty and looks every bit of it as she sports the best of Irish tweed. A Matriarch is the only word fitting for this great lady, who with her late husband Paddy started the Mullins horse racing destiny.

Gowran Park’s next meeting is Red Mills Day on Saturday 15th February. Tickets are available on GowranPark.ie. First race goes to post at 1.10pm with complimentary buses departing from close to the Kilkenny Castle gates one hour before the first race.