Team Aspect launch their epic challenge to Race Across America

Family, friends and supporters came out in force in Castlecomer last Friday night, for the grand launch of an amazing cycling challenge being taken on by four local men.

Pat Moore, Cathal Phillips, John Dowd and Seamus Nash are Team Aspect and this summer they will be taking on the world's hardest cycle race - Race Across America.

Race Across America is one of the toughest ultra endurance sports in the world. it will take the four Castlecomer men on a 5000km, 24-hour non-stop journey pushing their physical and mental limits to farthest reaches.

Starting in Oceanside, in California, RAAM crosses 12 states and finishes in Annapolis, Maryland.
Along the way they will check in at 54 timing stations, cross three famous mountain ranges (Sierra, Rocky and Appalachian), cycle over four of America’s longest rivers (Colorado, Mississippi, Missouri and Ohio), cycle through the Great Plains and the Mojave desert, and pass iconic American landmarks like Monument Valley and Gettysburg.

All four cyclists, and the support crew that will be going with them are giving up their own time and paying their own way.

Launch
At Friday’s launch Pat Maher spoke for his team when he paid tribute to their fantastic support crew. The extended crew will look after navigation, food and drink, and transportation during the race. The support vehicles also light the way for the cyclists at night. They are helping the team with their intensive training, which started months ago in anticipation of this monumental challenge.

They were joined on the night by Gillian O'Shaughnessy from the Aspect Centre who explained how important the funds raised by Team Aspect are to the centre, for buying specialised equipment.

Sponsorship
Team Aspect are now in search of sponsors who will support them in their quest to achieve this monumental task and in doing so raise as much money as possible for the Aspect Unit. Pat thanked those who have already rowed in behind the team.

You can become a main sponsor or sponsor a timing station (similar to sponsoring a tee box in a golf classic). The team are open to all suggestions and would be delighted to hear from any potential sponsors. You'll have your branding on the team kit and vehicles as well as online mentions and exposure during the race - which can be followed live on the RAAM main website. 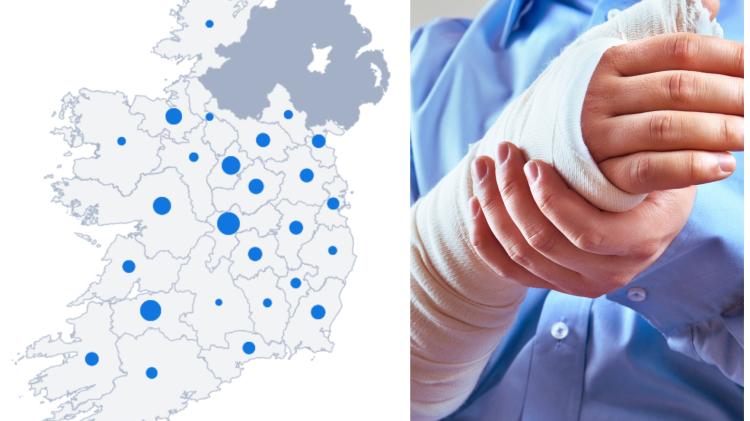