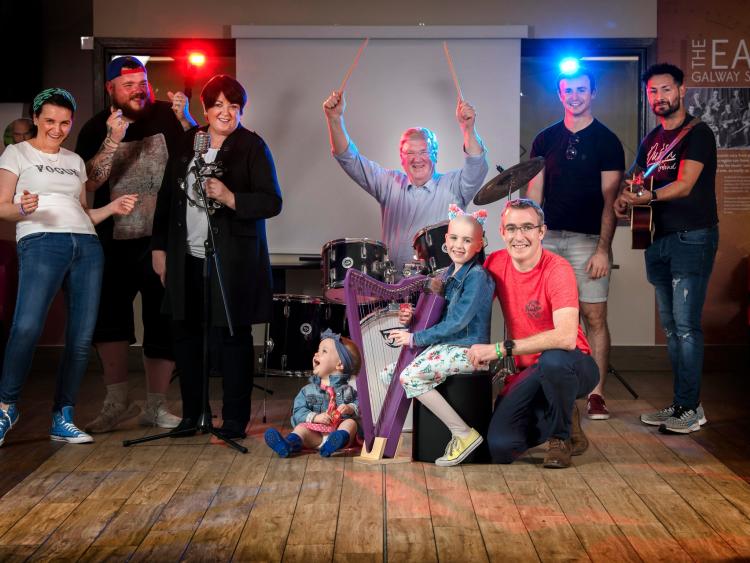 The virtual event will be broadcast across Saoirse Summerfest social media platforms and money raised will benefit Saoirse and five charities who have supported Saoirse Ruane during her long road to recovery from a rare form of cancer.

To give back to the charities that have supported Saoirse to date a GoFundMe page has been set up.

The charities that will each get a share of the monies raised include: Children’s Hospital Crumlin, Hand in Hand, Aoibheann’s Pink Tie, Irish Cancer Society and Galway University Hospital.

In December 2019, Saoirse, then aged seven, was diagnosed with an Osteosarcoma tumour, a rare form of cancer, in her tibia.

This diagnosis led to Saoirse having her right leg amputated in a life altering surgery in March 2020 and will require Saoirse to have months of intense chemotherapy in Crumlin.

Saoirse is currently awaiting her first prosthetic and begin the next step of her journey in adapting to life with a prosthetic.

As a young growing girl, she will require ongoing prosthetics which can range in cost from €5,000 to €30,000, as well as modifications to the family home to make life easier.

A GoFundMe page was set up to help with the fundraising and through the generosity of people from all over Ireland and beyond the target has been met.

Commenting about the support received to date ahead of the virtual event, Roseanna Ruane, Saoirse’s mother said: “Saoirse is an incredibly talented girl with a love of all things music, therefore as a way of supporting her and the charities who deal with cases similar to Saoirse’s the Summer Fest was born. We would like to thank all the acts who have agreed to be part of this special event for Saoirse.

"The support for the Saoirse Summer Fest from the local community, the public and the acts taking part has been a massive inspiration. We are overwhelmed by the amazing support we are receiving from everyone both locally and nationally. The support received means so much to Saoirse and our family."

The event is kindly sponsored by Kiltullagh locals, Pat and Una McDonagh of Supermac’s and the Galway Plaza and aims to bring the best of Irish musical talent to a wide audience from the comfort of their own homes.