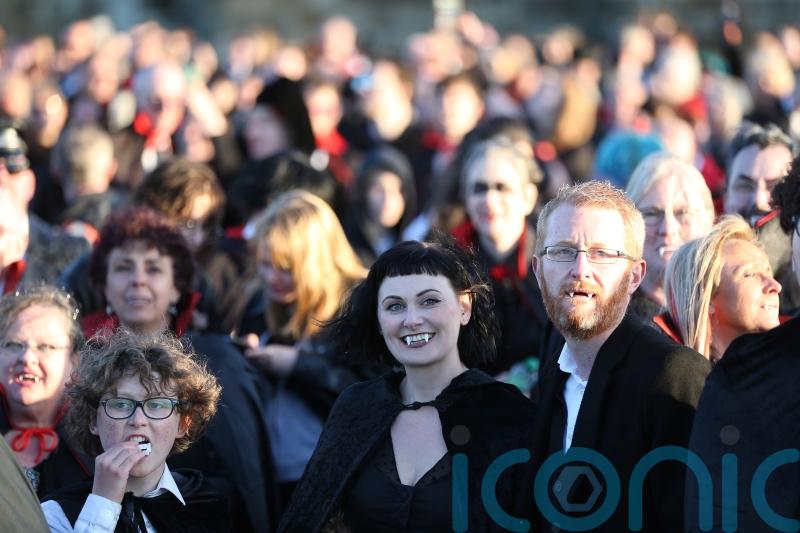 Whitby Abbey in England celebrated the 125th anniversary of Bram Stoker’s Dracula by breaking the world record for the largest gathering of people dressed as vampires.

A total of 1,369 people attended the event in North Yorkshire on Thursday evening dressed as the ghoulish character, breaking the record of 1,039 set in Doswell, Virginia, in 2011.

“We’d like to say a BIG thank you to everyone who has come along to Whitby Abbey to help make this happen – you all looked fang-tastic!”

The novel Dracula was first published in 1897, and Irish author Stoker’s legendary tale was said to have been inspired by a trip to Whitby in 1890. 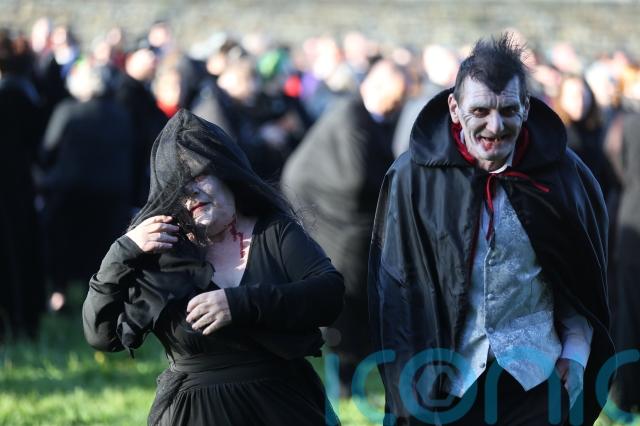 The 13th century gothic abbey was then a suitable location for the record attempt, which kicked off a year of events at the landmark.

“There are some amazing costumes around,” Jack Brookbank, official adjudicator for Guinness World Records said. 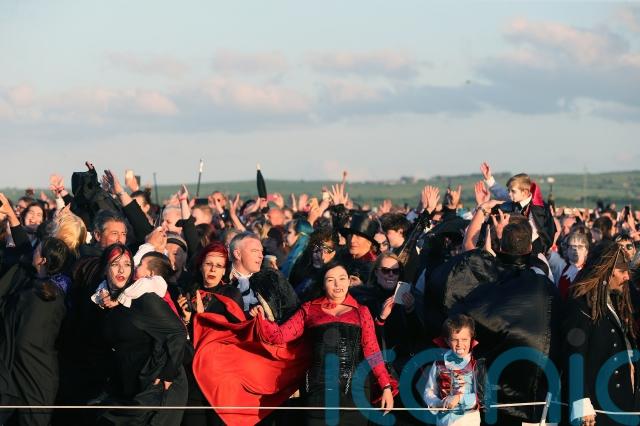 “We are quite strict about the official costume that is allowed. This is a traditional fancy dress vampire costume.

“It must include black shoes, black trousers or dress, waistcoat, shirt, black cape or collared overcoat and fangs on the top set of teeth.

“This one I definitely have been looking forward to.”

The “vampires” needed to stand together in the same place for five minutes to break the record, which they did by more than 300 people.