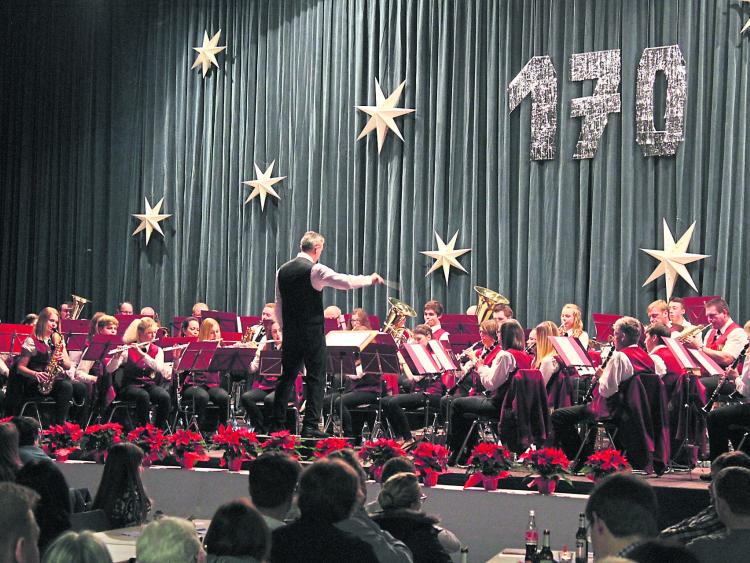 In its twenty-three year history, the Watergate Theatre has seen its fair share of artists perform.

It’s fair to say that many hundred bands have graced the stage and indeed in various shapes and sizes: quartets, trios, duets and indeed soloists.

To choose which was the best would be a difficult task. However, mention St. Patrick’s Brass and Reed Band and people’s eyes light up. There is something extra special about the village based band that sparks warmth among its Kilkenny following.

And the good news is that they are to give an extra special performance at the Watergate Theatre in March. Joining St Patrick’s Brass and Reed band will be the Hall Royd Band from Shipley in west Yorkshire and also a special appearance by Kilkenny and District Pipe Band.

To top it all off, a 32- strong band from the Black Forest area of Germany will entertain the audience. will perform for the first section of the show and one would imagine that lovers of brass music are in for a royal treat as the German troupe to the stage.

St Patrick’s Brass and Reed Band will celebrate 135 years in 2017, and under the baton of Norman we can expect a wonderful evening of music.A special selection of music from My Fair Lady will be performed on the night as well as some solo performances. Booking at the Watergate is now open on 056-7761674 or online at