'Sharon's Grave' to play at the Clubhouse, Kilkenny 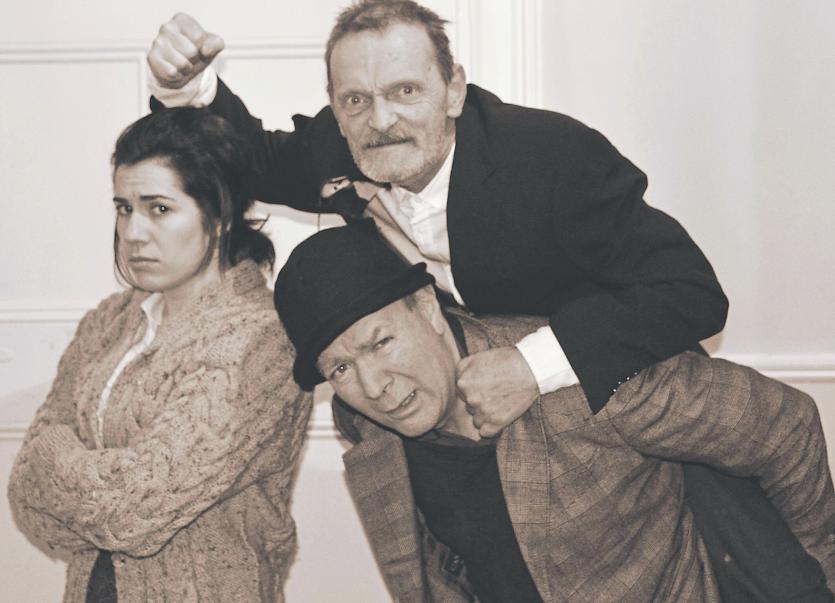 Break a Leg Theatre, who are based in Clonmel, are back the boards again this year with their production of ‘Sharon’s Grave’ written by John B. Keane and directed by Jacquie Ahern Slater.

They are further afield with this play with their first night’s performance in The Club House Hotel, Kilkenny on April 6.

Throughout this we hear echoes of an older pre-Christian time which gave birth to the local legend of a beautiful princess, Sharon, and her fateful ties to her jealous handmaiden, Shiofra.

The play tells the tale of Conlee’s (Treasa Nic Craith) fight to protect both herself and her brother (Alan Bourke) from the menace of her ruthless cousin Conlee (Eugene O’Meara), one of Keane’s most extraordinary theatrical creations. And then there is growing love for the thatcher, Peadar Minogue (Michael Kilcourse).

, while strong and intelligent, seems no match for her crippled cousin. While his character may be physically withered, his force of will is powerfully intimidating. Even his burly brother, Jack (Edmond Ryan), who obsequiously carries him around on his back, is fearful of his wrath.

As to the play’s ending, it may be a surprise, but you will immediately see how fitting it is. Just think back to ’ magnificent account of Sharon’s legend.

Featuring a talented and experienced cast and a critically successful director, this promises to be a great night of drama.