Raucous and rude comedy that ticks all the boxes 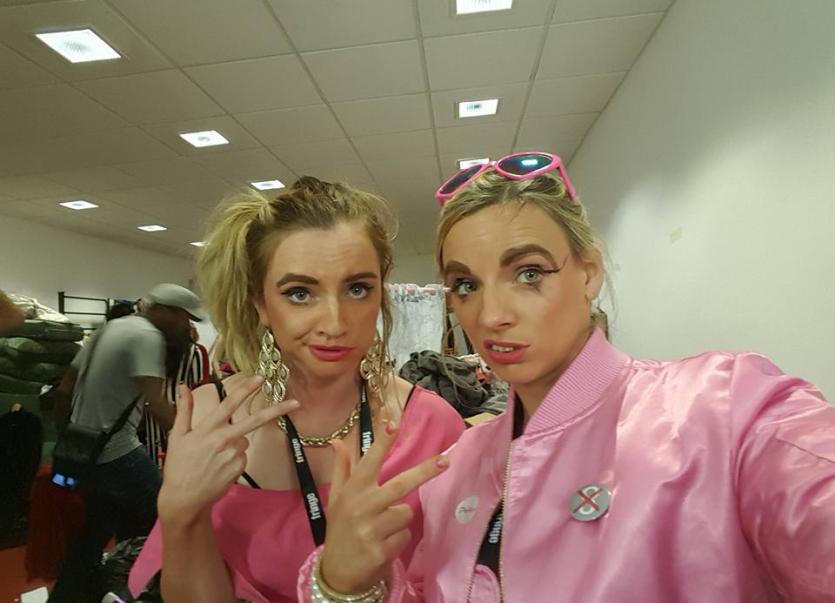 Niamh Moroney and Andrea Bolger, who star in Pulled

What happens when two best friends go out on a drink-fuelled night on the town. And what follows on the next morning when they can't quite piece the bits together.

Apparently a lot. Pulled by Niamh Moroney is a brilliant sequel to her play Yer Wan and opens with a bold and brash Amanda (Niamh Moroney) entering the space and engaging with her 'followers', the audience.

With plenty of duck-face type expressions, selfies and contrived and almost hysterical laughter from both characters the audience quickly immerse themselves in the environment of the morning after the night before.

The infamous walk of shame, the self-loathing, the vague and fleeting recollections - the audience gets a taste of what it feels like to do the dog on it. There is a frivolous tone between the two friends as they engage in the banter and the post mortem of the night before.

However all is not what it appears and quickly one realises that as the layers are peeled back there is more at stake than two old friends going out and having a laugh.

To say much more would spoil it for those who have yet to see it and it is well worth seeing. Pulled is directed by Ita Morrissey and presented by Central Arts and The Devious Theatre Company.

Pulled has been on tour since September and also ran at the Edinburgh Fringe Festival. It is highly entertaining and enjoyable and is an accurate portrayal of what can happen when boredom kicks in and people lash out and down copious amounts of drink in the naive expectation that it will bring something better to their lives.

Both actors delivered strong performances and the sound and visuals used were flawless.

Pulled is on at 8pm this evening in Cleere's Theatre and the national tour ends with a final performance in the same venue tomorrow evening.

Go and support some very fine homegrown Kilkenny theatre this weekend. You won't be disappointed!

To buy a ticket see www.eventbrite.ie