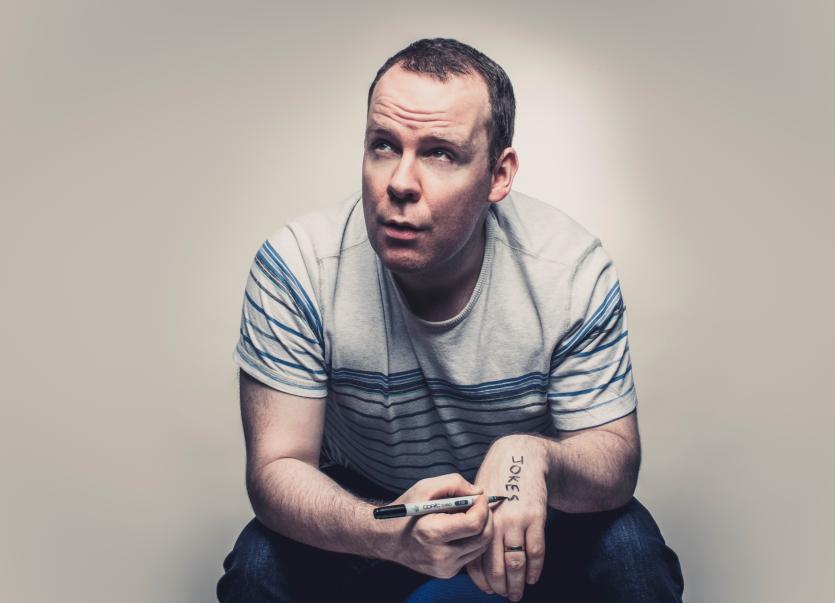 Neil Delamere will bring his brand new tour, Butch Cassidy & the Sundance Pensioner, to Langton’s, Kikenny on January11.
The show represents a somewhat new approach by the Offaly funnyman.
The show is framed around a single narrative – a day earlier this year when Delamere helped his 82-year-old father deliver the local meals-on-wheels to the elderly, which they had to finish in time for a horse race. While hilariously describing the experience, and the various characters they meet on their outing, Delamere deviates with some uproarious side-stories before bringing everything together in a rewarding finale.
While not an official tribune to his father, ‘Butch Cassidy’ is underpinned by the close father and son relationship.

A critic who saw Delamere perform Butch Cassidy & the Sundance Pensioner at this year’s Edinburgh Fringe wrote afterwards, “It’s a great show because it doesn’t feel rigid at all. It’s a show that has the promise of something fresh and original each night along with his prepared material. The guy is genuinely affable, but funny too – he’s not pandering to anyone; you can see that the act is what it is, a hysterical hour with a hilarious comedian”.

Separate to comedy, Neil is currently honing his acting talents for a three-part drama series for BBC Northern Ireland, details of which will be announced in early 2018.