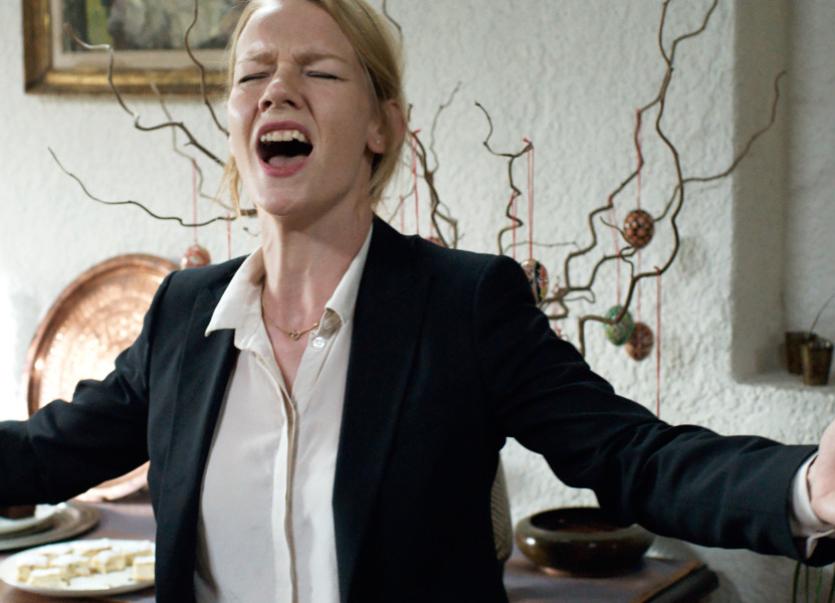 Actress Sandra Huller in her role as Ines

Toni Erdmann is a feel good film which is both touching and tragic in parts.

First and foremost this German film, which won the 2016 Best Film at the European Film Awards, has comedic genius in its main characters.

The storyline loosely explores a somewhat fraught relationship between a father and daughter. The complexities of self and family and how that link is inevitably complex are explored through the use of humour, which occasionally borders on the edge of being outrageous.

Peter Simonischek is superb in his role of the father and his onscreen character brings an infusion of hilarity which is almost addictive. As off the wall as he is he is lovable and touches a human chord.

Toni Erdmann tackles the fragile lines that bind us to those we love most and how often we have to let go of our created identity and throw down the mask to truely embrace the relationship we have with one another. The film is life-affirming in a peculiarly positive way and confirms that love and kindness and support can and do win out in the end.

Toni Erdmann will be screened at 6pm this evening at The Watergate Theatre and at 5.30pm at Cleere's Theatre on Saturday.

The aforementioned Peter Simonischek will be in Kilkenny this weekend to present the screenings of Toni Erdmann.