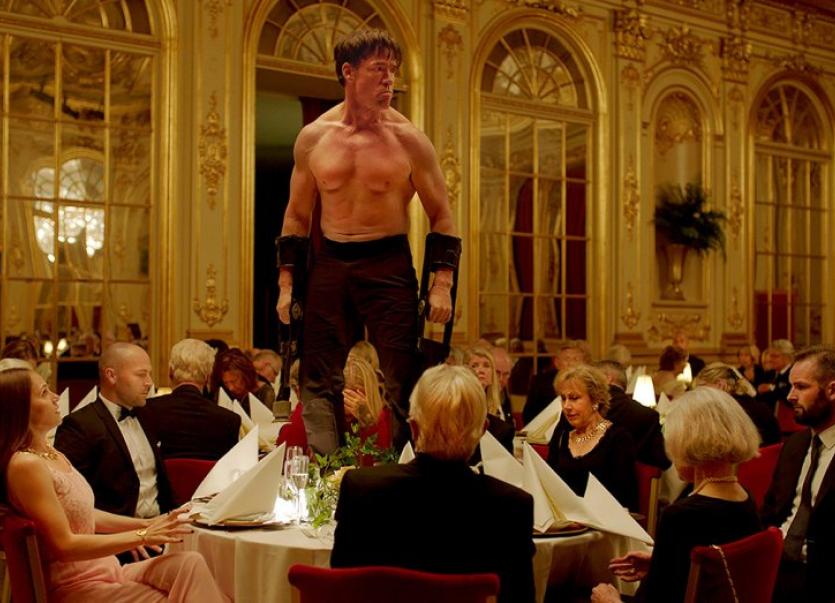 The Square is a satirical and ironic take on modern life.

Often amusing it is a film about ideas and perception with outstanding acting thoroughout.

In an age where in certain circles policitcal correctness is a given,  the film examines if we actually know with any certainty why we behave in the way we do.

There is a shocking and daring scene where a performace artists (Terry Notary) entertains and then disturbs some of those present. Initially there is polite and bewildered bemusement as one looks to the other for reassurance on how to react.

The film is packed full of ideas which stay with the audience. The mockery of the somewhat faux environment of the contemporary art world where everyone is understanding and being understood while perhaps not always grasping the real meaning of what is going on around them is hilarious at times. However the undercurrent has a darker comic element and one if left wondering if the director is not mocking us, the audience at times, or at the very least making us question our reactions.

Entertaining and thought provoking The Square presents the viewer with ideas and plenty of them and makes us query our behaviours and the social contracts we engage in.

The screening of the film at the IMC cinema on Friday was followed by a questions and answers session with the lead actor Claes Bang.

Ruben Ostlund (Force Majeure) won the Palme d’Or at Cannes in May for the film.