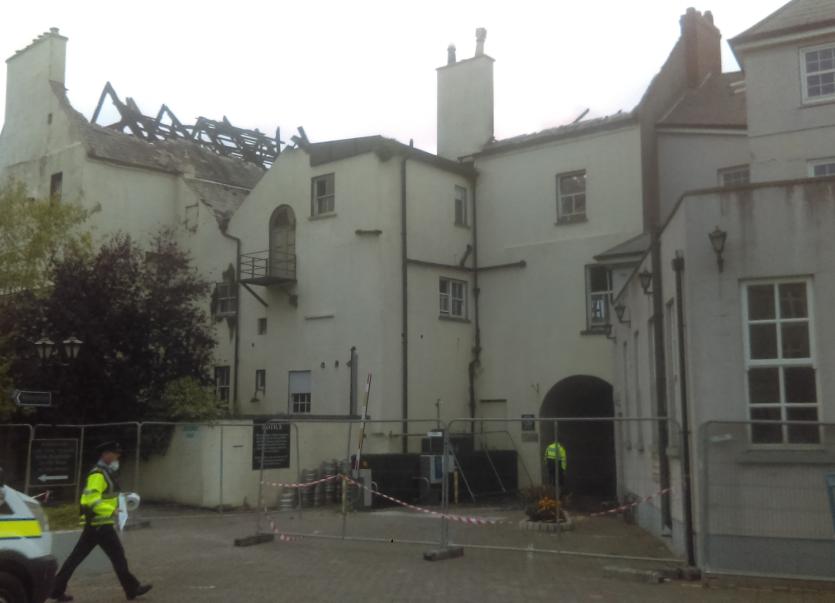 Over 30 fireman attended the scene of the blaze at The Bridge House on Lower John Street, Kilkenny on Wednesday and Thursday of last week.
As well as units from Kilkenny city, fire tenders came from Freshford, Callan and Castlecomer.
There was a total of five pump appliances, an aerial platform, a water carrier and control unit.
The mission was led by Kilkenny fire chief, John Collins, the three station officers and four sub officers.
The initial emergency call was received by the ERCC (East Regional Control Centre) in Dublin at 9.35am on the morning of Wednesday, October 10 to the house fire at John’s Bridge Kilkenny.
The dedicated crews responded within minutes securing the premises.