'To Be a Machine' explores transhumanism 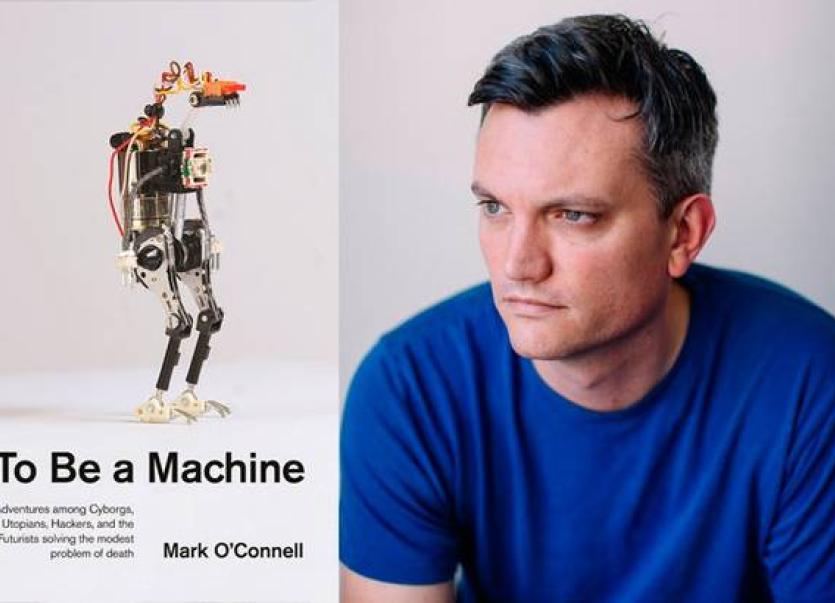 An incredibly well-written new book has exploded the myth that transhumanism is just a theory and should be confined to the realms of science fiction.
Mark O’Connell from Kilkenny city has stunned the literary world with his superbly written novel about the transhuman movement.
Transhumanism is predicated on the idea that we can and should use technology to change the basic facts of the human condition and to become ultimately, immortal.
O’Connell, has sparked a global wide debate on what it means to be human and the seemingly, unstoppable quest for immortality among certain people all over the world.
A brother of John O’Connell, the Rose Inn Street pharmacist, he has received huge critical acclaim for his work.
The strength of the book is its depth of research. He hung out with a computational neuroscientist as part of his research and others who are convinced that transhumanism is the way to go.
Earlier this year he received €30,000 for, ‘To Be a Machine’ after winning the Wellcome Book Prize 2018.
O’Connell was selected from a shortlist of six to win the prestigious award, which celebrates exceptional works of fiction and non-fiction that illuminate the many ways that health and medicine touch our lives.
Artist and writer Edmund de Waal OBE, chair of Judges, praised To Be a Machine as a book that brings into focus timely issues about mortality, what it might mean to be a machine and what it truly means to be human.
Exploration
It is the first full length exploration of transhumanism, the controversial movement that seeks to cheat mortality and use technology for human evolution.
‘To Be a Machine’ reflects a cultural obsession with futuristic dystopias, fuelled by TV series such as Westworld, Black Mirror and Altered Carbon. Likened to Jon Ronson, Don DeLillo and Louis Theroux, O’Connell goes further to explore the philosophy and science behind transhumanism, looking at current technological developments together with the opportunities and concerns for the future.
O’Connell presents hilarious and challenging insights into a movement that believes we must merge with machines to transcend our physical and intellectual capacities or risk becoming obsolete.
He encounters the developers attempting to convert human minds into code, the self-proclaimed cyborgs inserting tech implants beneath their skin, and the human bodies cryogenically frozen in time on the promise of a future resurrection.
‘To Be a Machine’ takes the reader from the sublime to the ridiculous. It considers human fragility and our animal natures, as well as an obsession with immortality and technology’s potential to change the future for all of us.