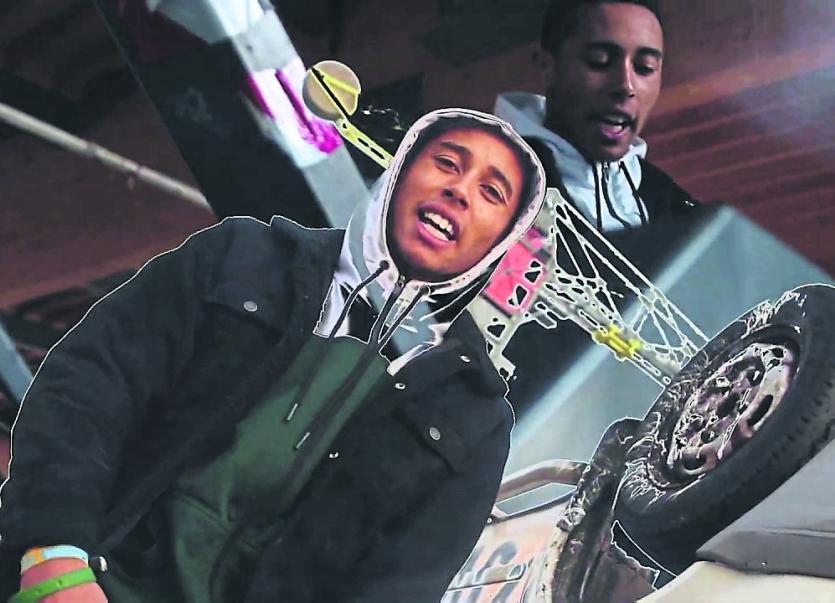 Following the release of his EP PROSPECT last April, Irish hip-hop artist SG Guillotine is back with new single, CRASH.

Produced by Atlanta, Georgia based South African beat-making sensation EPIK THE DAWN, the riveting track about the journey to success showcases the reason why SG Guillotine is a name you are going to be hearing frequently this year.

Exhibiting a sound reminiscent of a medley of Tyga and G-Eazy but with an Irish twang and a supreme display of lyricism and a sound.

This track is a clear indicator of SG Guillotine’s unique, intricately crafted artistry and solidifies him as an artist to watch this year, as he is firmly on the rise in an undeniably promising direction.

Speaking on the message of the song, SG shared the meaning of the song.

“We can’t make it too fast we might crash out; refers to the journey to success and that we shouldn’t want it too fast because it could cause us to lose the run of ourselves and crash.

“When I say 200 on dash and laugh it’s all gas, I’m referring to the
fast come up and how it can seem really fun in the fast lane.

Born in Margate, England and raised in Kilkenny city, Hip Hop artist SG Guillotine (Samuel Guilfoyle) embarked on his music career at the age of 16 after being introduced to Rap and Hip Hop through listening to artists like Eminem, 50 Cent and Tyga.

Inspired by the lyricism of American Rap he began to embrace his songwriting skills, acquiring new techniques and incorporating them into his music whilst experimenting with his sound through collaboration with different artists and producers.

Honing the craft of composing music and the art of live performance SG Guillotine gained acclaim as a member of Craic Appeal Entertainment and became surrounded by other like-minded artists such as Zisto and Shak.

Since then, he has released a solid five-track EP titled Prospect, performed at B.A.R.E in the Woods Festival in Laois and Ckit Festival in Krakow, Poland. Be sure to keep your eyes peeled on SG Guillotine as he stands on the precipice of greatness.