All ticket proceeds to go to Kilkenny Uilleann Pipers Club 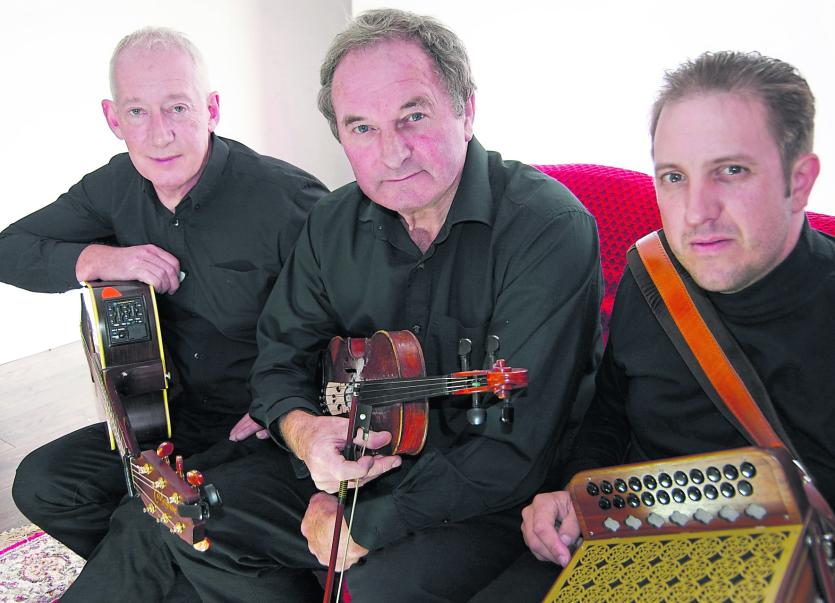 Rattle The Boards playing in the Club House Hotel on Saturday as part of the trad concert Picture: Mick Foley

Know a fixture on the Music Calendar of Kilkenny, the annual Kilkenny Uileann Pipers Club concert will be held in The Clubhouse Hotel, Kilkenny, on Saturday at 9pm.

A star-studded cast made up of some of the country’s finest exponents of traditional music as well as some of Kilkenny’s finest will participate.

Harry Bradley has toured Europe and America both as a solo performer and teacher, and as a member of groups such as Dervish and Cran.

His debut solo CD, Bad Turns and Horse-shoe Bends, was released to broad critical acclaim and was chosen as the number one traditional album of 2000 by Earle Hitchner of New York’s Irish Echo.

Bradley is also a dedicated uilleann piper and has served as a member of the Board of Directors of Na Píobairí Uilleann. He was elected TG4 Musician of the Year in 2014.

Nell Ní Chroinín is originally from ‘An Choill Mhór’, in the Irish-speaking town of Béal Átha an Ghaorthaidh.

In 2014, Nell won Corn Uí Riada and was both the youngest person ever to win it and the first person from Seán Ó Riada's home place of Múscraí to win it.

Benny has been a driving force behind this bands award winning CD’s for over two decades now and has toured all over the world. One of the liveliest traditional acts in Ireland's music scene, Rattle The Boards, is another of Benny’s ventures.

They consist of, Benny McCarthy (Button Accordion), Pat Ryan (Fiddle and Banjo), and John Nugent (Guitar). Their two albums from 1998 and 2008 are highly regarded in trad music circles and this trio have toured Ireland America and Australia with their music.

Their Late Late Show performance featured local artist Des Dillon who may also make an appearance on the night.

With Kilkenny having musicians to rival any in the country, this night would not be the same if it were not for the input of our local musicians.

The group is made up of Martin Coughlan (accordion), Tommy Lanigan (boudhran and vocals), Mick Foley (pipes) and honorary Kilkenny man for the night, Brian Mooney on Bazouki and banjo.

Round up the line-up for what should be a really special night’s music, in The Clubhouse Hotel Kilkenny, on Saturday January 25 at 9.00.