Do you fancy seeing A Kiss On The Bottom in Graignamanagh? 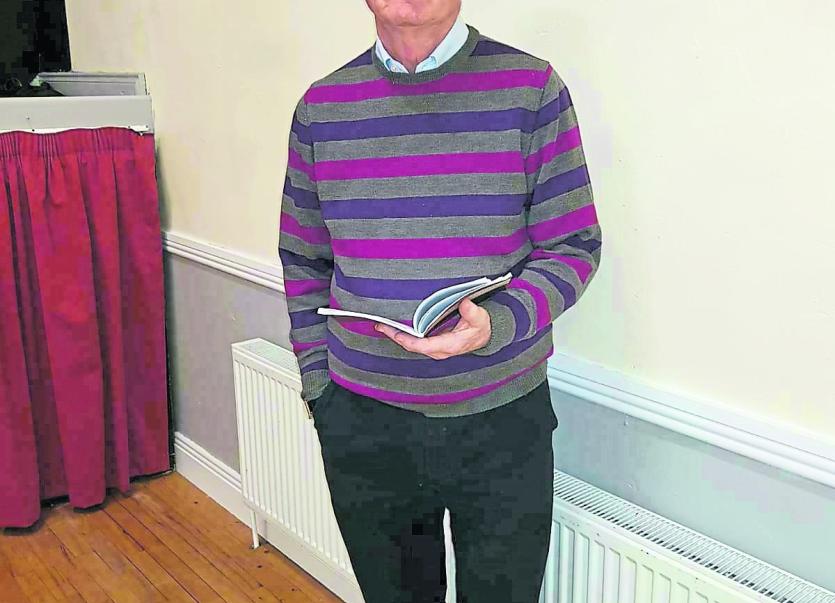 The well respected and much loved Duiske Players Drama Group, Graignamanagh are in rehearsals for this year’s production which will be held from Thursday, March 26 to 28 under the capable direction of group stalwart Peter Prendergast.
Peter last directed the groups box office hit production of Lovers At Versailles by Bernard Farrell in 2017 and has appeared in many of the plays over the years including, most recently, Arsenic & Old Lace, The Cripple of Inishmaan, Sive, Not Now Darling, The Field and last year’s Sharon’s Grave.
This year’s production, A Kiss on the Bottom by Frank Vickery tells the comic yet true story of three women in the hospital for cancer treatments must cope with the uncertainties of their health and with the inevitable secrets and half-truths from relatives and the nursing staff.
Marlene (Lily Brennan), the strongest and most outspoken of them, keeps the atmosphere in the ward cheery.
Her activities add considerable interest to the hospital stays of her fellow hospital mates Lucy (Edel Bolger) and Grace (Stas Bolger).
It is a first for the group to stage a play with an all-female cast and we can assure you that with Liz O’Neill, Brid Moloney, Anna Galavan and Liz Whelan joining the three protagonists the play is in very safe hands.
“I am delighted to have worked with such a great cast,” director Peter Prendergast said at the launch of the performance schedule.
“We tirelessly worked on an excellent script to deliver what will be a superb show with a great entertainment being delivered.”
Group Chairperson Lily Brennan is confident that those who attend will be entertained and enthralled, further exemplifying the return and popularity of live drama and performance in both urban and rural Ireland when Netflix seems to be taking over.
The play in The Abbey Hall, Graignamanagh is at 8pm Thursday to Saturday, March 26 to 28.