Miscellany of poetry and prose launched at Butler Gallery in Kilkenny 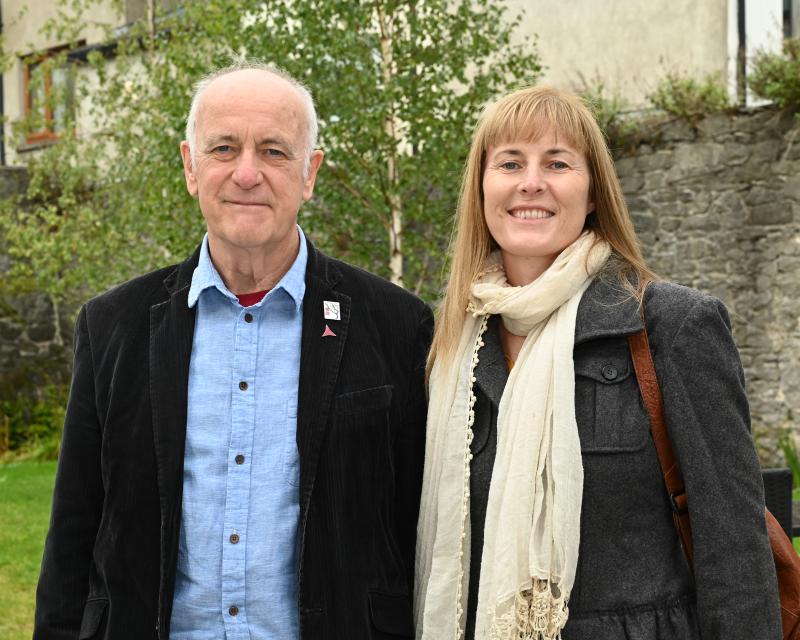 Angela Keogh and John McKenna at the launch

A miscellany of poetry and prose - Much More Than Words - was launched at the Butler Gallery on Friday.

The collection which was produced by The Recovery College and The Involvement Centre in Kilkenny is a stunning body of work and includes a host of well known local writers as well as poems from the wider community.

Broadcaster Olivia O'Leary introduced the book which also features poems from The Involvement Centre and the Recovery College writing groups in Kilkenny, as well as advice from well-known writers who visited the group, some of whom contributed their poems as well.

"Sitting alone with your imagination can be scary, particularly if you've suffered, as I have, from depression. But the same imagination in which we lodge our darkest thoughts can also show us the path to recovery and to joy," she said.

Mayor of Kilkenny, Andrew McGuinness said he was 'blown away' by the publication and congratulated all involved.

"One of the things that strikes me about this book of poetry is the level of talent from our local writers. I’m absolutely blown away by what I have heard here today.

"I’m particularly taken aback because many of the poets are people that I know or see regularly on the streets of Kilkenny. People that I would stop talk to but I would never have known, until today, that they were such talented writers or that they have had such difficult life experiences.

"Kilkenny is full of creative talent and the pages in this book are proof of that as they are filled with much more than words.

"We are also blessed to have so many great people who make such a positive difference in the areas of mental health and addiction. In that regard I want to thank all involved with The Recovery College and The Involvement Centre," he added.