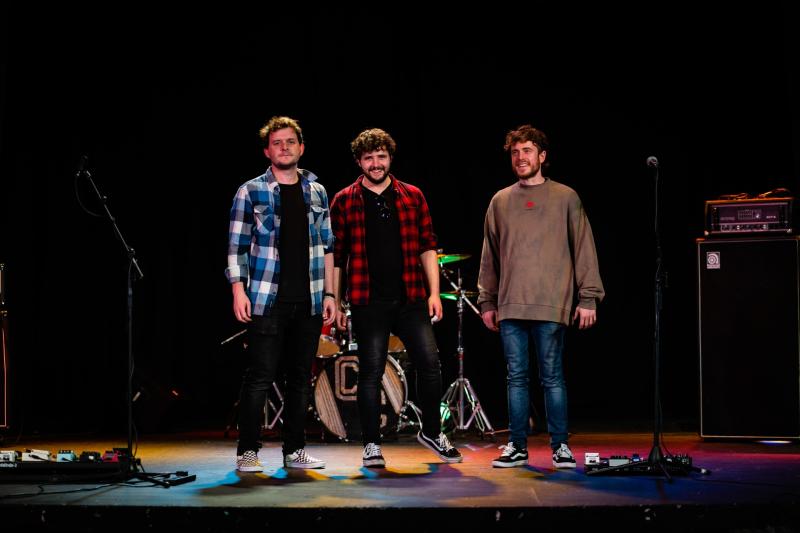 Oozing with a confidence, braggadocio and an unrelenting pace and power, Kilkenny/Wexford Alt-rock outfit Star Comedy Democrats are back with their bombastic new single ‘Ulterior Motive’.

Star Comedy Democrats, made up of drummer Rory Cooper, Bassist Briain Casey and Guitarist Mark Bolger, first came together as a trio in late 2019.

Drawn together by their shared love of classic rock styling and a willingness to experiment, the band released their debut EP Imitation Road in January of 2021. The four-track project blended powerful, layered vocals with traditional alt-rock riffs and hooks.

Following the EP’s success, the band released a follow-up single ‘Roll The Dice’ in May of 2021, alongside an accompanying music video shot in their native Kilkenny (watch below).

It was a rawer affair to their debut, and highlighted a band in constant evolution, pushing new sounds and continually testing their own songwriting ability.

This sense of experimentation prevails in the band’s brand new single ‘Ulterior Motive’. Written during a bout of people watching in Edinburgh, the track is an examination of what it means to be human, what it means to belong, and how some are capable of conveying kindness for all the wrong reasons.

“It's mainly about human behaviour,” the band explained of the track’s origins.

“It’s about how people sometimes have an 'ulterior motive' for their actions, doing things for their own personal gain whilst pretending to have others' interest is at heart”.

When asked what the band wanted listeners to take from the single, the band replied, “we want to get people thinking about their interactions on a daily basis, and that their actions would be genuine”.

With a new EP scheduled for release soon into the new year, Star Comedy Democrats are an outfit on the rise, determined to change the way we look at others, whilst also begging us to ask questions of ourselves.