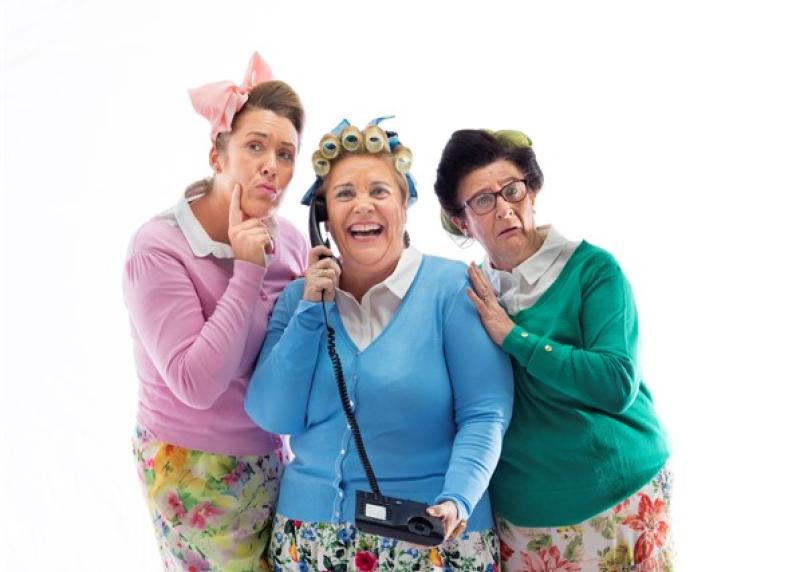 Dirty Dusting will be performed at the Watergate

Mansworth Productions Ltd. are thrilled to return for a third run of the hilarious play Dirty Dusting following two sell out nationwide tours, starring the inimitable Mary Byrne of X Factor alongside Pop Singer and Dancing With The Stars Champion Jake Carter.
The show has got rave reviews and has been described as ‘a laugh out loud comedy’ and ‘the funniest show you will see this year’.
Dirty Dusting will be performed for one night only in the Watergate Theatre on February 5 for a hilarious night out starring X Factor’s Mary Byrne alongside Pop Singer and Dancing With The Stars Champion Jake Carter.
Be shocked, delighted and amused by the only chat-line girls with dusters, attitude and their very own bus passes! Pure theatrical Viagra? It probably is for those who might just need the real thing!
Crude? Yes! Funny? Absolutely! If you love Mrs. Brown's Boys and Father Ted come and meet their match in this must-see comedy of the year!
Written by UK journalists Ed Waugh and Trevor Wood, Dirty Dusting is directed by Richard Mansworth.
Hold onto your seats, arriving with a bang this wild new comedy about a trio of 70- something cleaners face the axe.... Well instead of taking threats of redundancy lying down, these game girls set up a phone sex service and that’s when the fun begins!
These three girls will have you rolling in the aisles as they turn into ‘telephone belles’ - their bosses don’t know about it, their families would never guess and their very willing customers are none the wiser!
The show has enjoyed phenomenal success in the UK enjoying sell out runs with over 25,0000 people having enjoyed the play.
In 2006 the show came to Ireland and played sell-out runs in Limerick and Waterford along with a four week sell-out season at the Gaiety Theatre in Dublin, the show has played three further Irish seasons and tours.
For more information or to book tickets go to www.watergatetheatre.com or call on (056) 7761674.
All performances are subject to Covid guidelines and proof of Covid cert is necessary.