New book set to be published on Kilkenny's Thomas Butler, Earl of Ossory 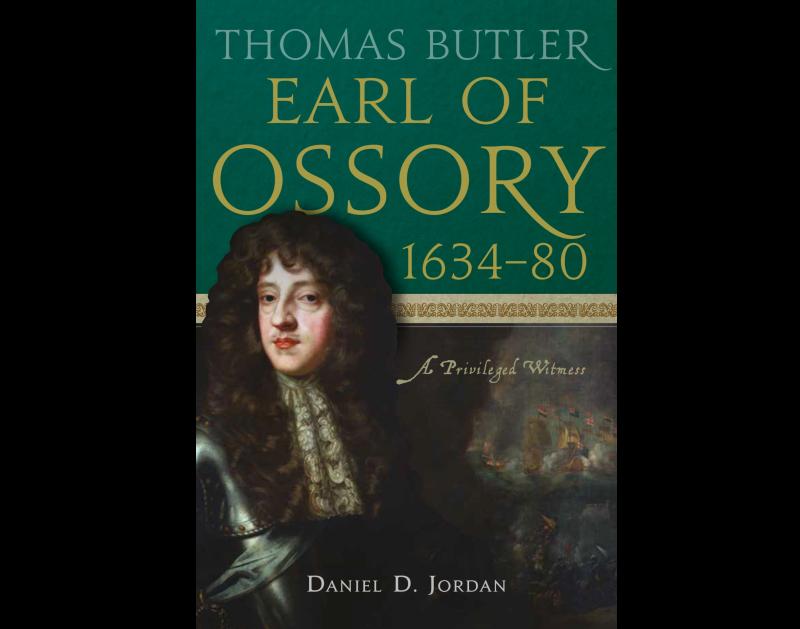 The new work charts the untold story of an adventurous life lived at the heart of some of the most exciting but perilous moments in Irish, British and European history.

Thomas was born on July 8, 1634 at Kilkenny Castle. He was the eldest son of James Butler and his wife Elizabeth Preston.

He was an extraordinary figure who was hugely popular and he counted contemporaries such as Prince William of Orange, Lord Arlington and the diarist John Evelyn amongst his closest friends.

This book charts the untold story of an adventurous life lived at the heart of some of the most exciting but perilous moments in Irish, British and European history.

Thomas Butler, Earl of Ossory, was a widely recognised hero of his time and his life story directly reflects the turbulent nature of 17th Century British and Irish politics.

Heir to the first duke of Ormond, Ireland’s premier nobleman, Ossory aggressively defended his father’s interests at Whitehall and Westminster and twice deputised for him as governor of Ireland.

Ossory’s European-wide reputation was based on his military exploits at sea during the Anglo-Dutch wars and fighting against the armies of Louis XIV on the continent.

AUTHOR
Author, Daniel D Jordan, has carried out extensive research to produce this book. Having studied in Dublin, Vienna and Oxford, Daniel D Jordan received his PhD from University College, Dublin in 2011. In 2020 he was appointed as the inaugural Butler Society Scholar. He continues to live and work in Oxford where he teaches and lectures on various aspects of British and European History.

Expected to be an excellent addition to the history and heritage of Kilkenny City and county, it will no doubt be of interest to Kilkenny readers.

Thomas Butler, Earl of Ossory, 1634-80: A Privileged Witness is currently printing and should be in bookshops from Friday, April 22.
Hardback. 288 pages, plus an eight-page colour picture section €60.