Kilkenny's Barnstorm continues to thrive with new manager at the helm 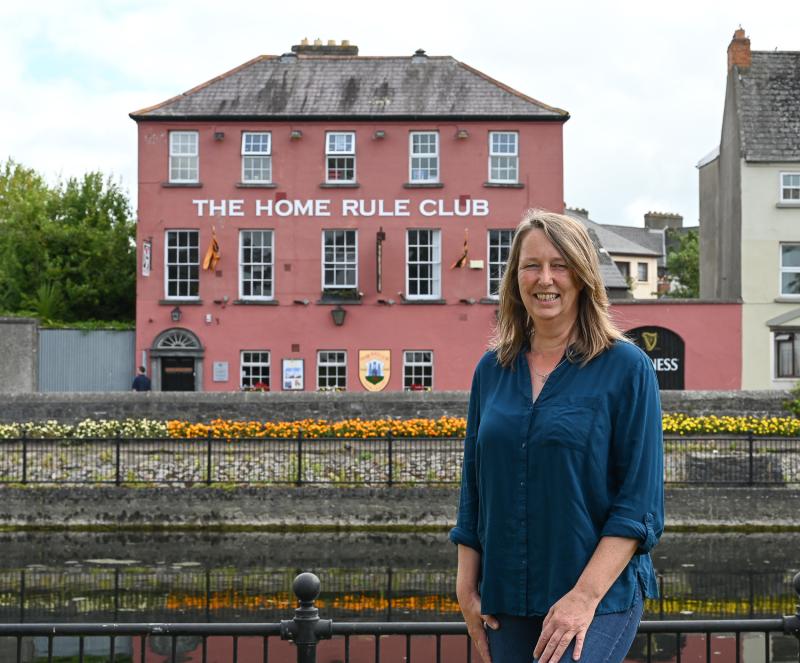 Barnstorm Theatre Company has enthralled, engaged and entertained audiences for over 30 years and is now moving into new waters.

The theatre company, which mainly produces work for young audiences has seen much change in recent times and there is a new and dynamic presence at the core of the company.

Anja Teresptra was appointed general manager of the company last April and brings with her a wealth of experience having worked as a manager in KCAT for 18 years. Anja brings a positive and pro-active attitude to Barnstorm and is excited to be part of the team.

“I was looking for a new creative challenge. Barnstorm has such a great reputation and I was delighted to join another creative tribe. I am really going to enjoy being part of the next chapter,” she said.

Barnstorm has undergone significant change in recent times with Vincent Dempsey retiring as general manager after having made an invaluable contribution to Barnstorm over the years but also to the wider community with his talent, knowledge and willingness to help, share and collaborate with all those interested in theatre and the arts.

Barnstorm has also relocated to its new home overlooking the River Nore in the Home Rule Club and while the team love the location there is an obvious need for more space.

It has been a busy time since Anja took up the role in April with The Barn Owl Players bringing their production, Love in Lockdown, to the stage and the youth theatre performing in a new space in The Ionad Dara in Goresbridge.

Another highlight this year has been Shane O’Reilly’s Swansong - a tender and beautiful production exploring life, death and friendship. This exquisitely crafted piece of theatre enjoyed its world premiere in Paulstown and captivated audiences during it’s run.

This year saw Barnstorm move out into the community more and use and new discover new and different spaces. While the Watergate Theatre can accommodate some of its bigger productions Barnstorm lacks a black box theatre space for smaller productions.

Artistic director of Barnstorm, Philip Hardy along with other leading members of the artistic community in Kilkenny are campaigning for such a space to allow them to showcase their work.

Barnstorm is continually adapting and evolving and progressing and this culminated during this year’s AKA Festival which saw two stalwarts of Kilkenny theatre - Ger Cody and Brendan Corcoran take to the stage and perform in The Quiet Land.

The evocative play by Malachy McKenna is both poignant and powerful explores friendship, loneliness and our insatiable need for company and belonging. Both actors were commanding on stage and the lunchtime theatre offering was a sellout success.

“It was a sell out for the 12 shows with waiting lists. It was a massive success and we hope to do more lunchtime theatre next year, she said.

It is full steam ahead for Barnstorm with it’s Curriculum Live play taking place in November and plans are underway for their Christmas show, The Elves and the Shoemaker.

“I am very excited about the upcoming productions and for the future of Barnstorm and continuing to promote participation and diversity.

“The main challenge Barnstorm is facing at the moment is finding an accessible home. We are delighted with the location, beside the Butler Gallery and the River Nore, being beside the river fosters creativity but there is an issue with accessibility.

“Barnstorm has been going for over thirty years and we have to keep questioning and challenging outselves to keep our vision of making theatre accessible to all, not just to theatre going audience. It is all about connecting with each other.

“When I took up the role everyone I met knew someone who had been to Barnstorm’s youth theatre. That is the solid arm of Barnstorm and I home we can grown it further.”