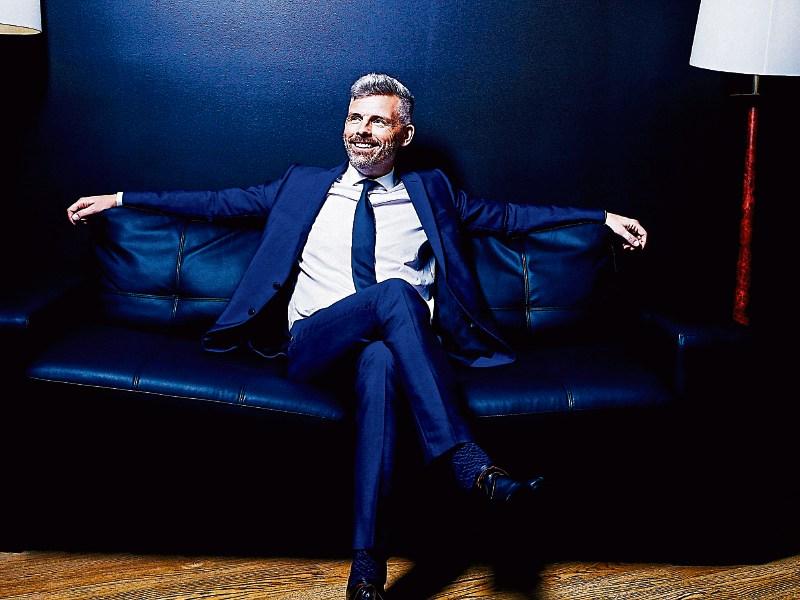 One of Ireland’s leading stand-ups Des Bishop returns to Kilkenny with his acclaimed show ‘Mia Mamma’.
One of the most enigmatic forces on the international comedy circuit, Des Bishop has enjoyed sold-out national and international tours, acclaimed television series and is now the host of the Acast podcast ‘The Des Bishop Show’. He returns to Kilkenny this year with a hilarious yet touching tribute to his late mother.
“I am often asked ‘where do you get your material from?’ The truth is really that I try to see the funny in everything. My mother died in March 2019 and of course it was sad and grief can be tough sometimes but I saw a lot of funny in that too.
“ Since death comes to us all and grief is something most of us will experience I thought there must be plenty of people who would like that funny to be shared. Also I did a show about my Dad being sick back in 2010 and I couldn’t face my mother in the afterlife because I know her first question would be ‘your Father got a show, how come I didn’t get one?’
“I think it’s tougher to lose your Mum. My Dad was best supporting actor. My mother was the actress in a leading role. You are never ready when the star of the show dies.
“So this is a show about My mother. It’s a show about motherhood and sacrifice, anxiety and grief, the mistakes you make as a mother and a son and the hard road to forgiveness and finally it’s about loss, grief and the chaos that surrounds it,” said the award-winning comedian.
New Yorker, Des moved from Queens to Ireland in his mid-teens in 1990. He first came to prominence with his extraordinary TV series The Des Bishop Work Experience , where he lived on minimum wage in a series of different jobs in Ireland. Mixing this documentary footage with stand-up, the series became one of the most talked-about of the year, and propelled Des into national stardom. His second critically acclaimed TV series, Joy In The Hood, where he taught stand-up comedy in disadvantaged areas in four major Irish cities.
Des also decided to learn Irish from scratch and perform a 60 minute stand-up comedy routine in the Irish language. Over the course of 12 months, he lived with a family in the West Of Ireland honing his craft and In The Name Of The Fada was broadcast. In The Name Of The Fada has prompted a radical re-think about how to teach Irish in schools and it unsurprisingly won the Irish Film and Television Award (IFTA) for Best Television Series.
For more see www.desbishop.net