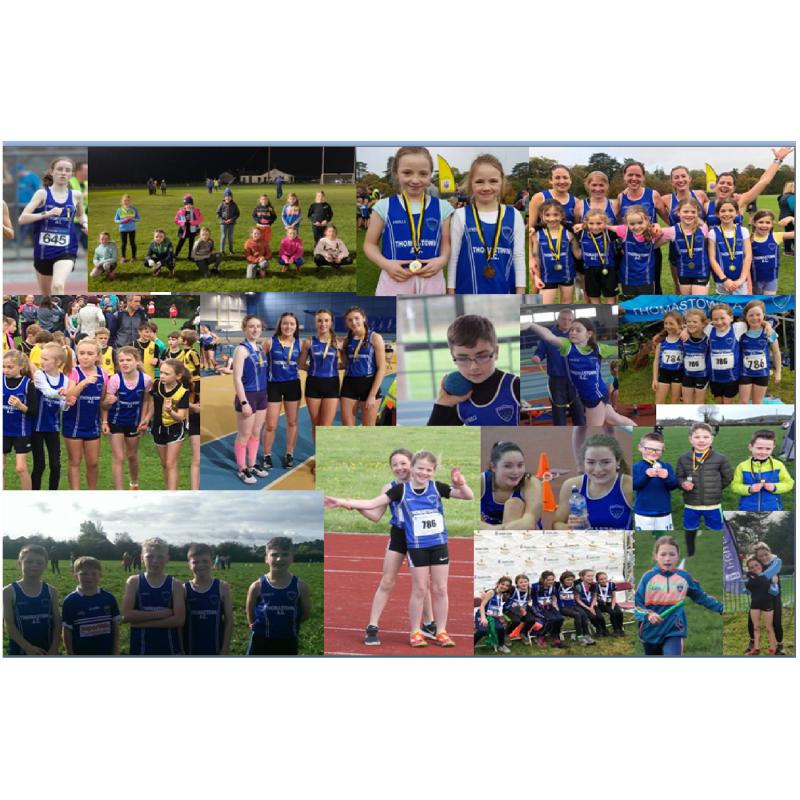 Athletics has a long history in Thomastown and the surrounding area with the first officially recorded sports taking place on Wednesday, August 31, 1892 with the Kilkenny Journal reporting about 4000 people attending.

With a distinguished history, the club are now looking to the future and are taking on a challenge to help invest in facilities for the club’s young members - the aim is to increase membership and new athletic skills. Read on to find out how you can help!

The club has a long history of cross country running since it foundation, however, the club had a golden era in the 1950s and 1960s, when Thomastown dominated cross country at senior level - winning eight county senior team titles in a row.
With the introduction of juvenile athletics in the 1970s the club grew in numbers and produced many juveniles competing at the very highest level.

The last 10 years have also been hugely successful on the track for Thomastown’s athletes in middle distance and relay events up to national level, with athletes setting a number of championship best times at Leinster and national level.

With the level of success achieved in cross country and middle-distance track events with just a minimum of equipment and a field to train in, one can only imagine how much more success could be achieved with access to more training equipment.

The progressive club is now looking to give a greater opportunity to juveniles to compete in other athletics disciplines, such as the field events of shot, discus, hammer, javelin, long jump, high jump and the hurdles and steeplechase track events.
By doing so, the club hopes to increase participation and triple is membership over the next three years.

These events require a much higher level of investment in equipment.
To raise funds to purchase this equipment the club is organising a 24 hour sponsored run. Club athletes will run continuously, relay style, for 24 hours over the Easter Weekend. The younger athletes will run in their family group for 30 minutes with another family taking over for the next time slot. All families will stay within their 5km zones and all in compliance with government Covid-19 guidelines.

Apart from being a fundraiser, the event has provided a great diversion from the effects of Covid-19 lockdown.
The club’s members have channelled their imaginations to create a number of entertaining videos promoting the event on the Thomastown AC Facebook page.

This fundraiser is also providing an opportunity for the athletes to train with their families and to look forward to an event during this period of restricted activity.
The club is asking for your support with this fundraiser. To make a donation click the link to go to the GoFundMe page ‘Thomastown Athletic Club 24hr Run’.
The club thank everyone who has already supported the fundraiser.