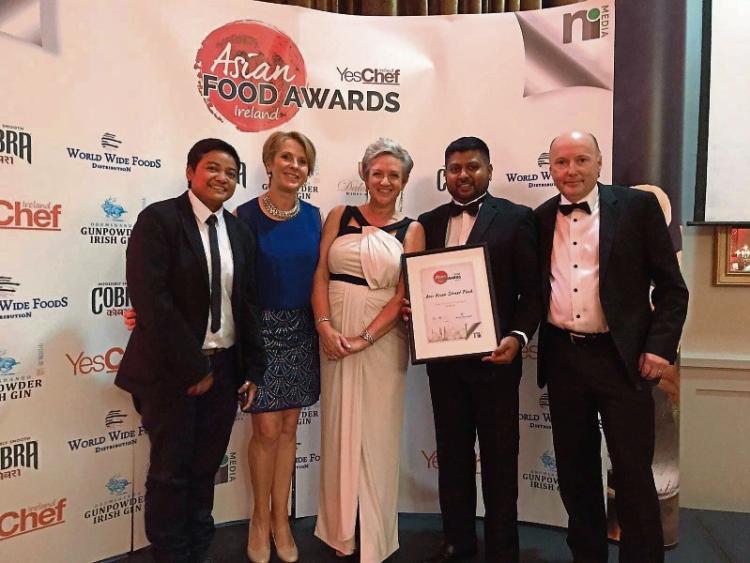 The Friary Street restaurant was awarded Best Asian Street Food restaurant in Ireland. One of the most competitive categories in the competition, there was some tough opposition from well known Asian restaurant chains and some 5 star Michelin award winning restaurants, but Aroi succeeded in bringing the award home to Kilkenny.

There to receive the award was Fadilah, their executive chef, who has just returned from her most recent trip to Asia where she has been busy sourcing some of the local recipes to include in the new menu which will be launched over the coming weeks.

Don (formerly of Lyrath Estate) said he was honoured to receive this national recognition and bring the award home to Kilkenny.

Proud owners Richard and Katrina Lowry said they were delighted to accept the award and were over whelmed by the support they had received since the award was announced.

“Our phones haven’t stopped ringing,” Katrina said, with well wishers from all over Ireland.