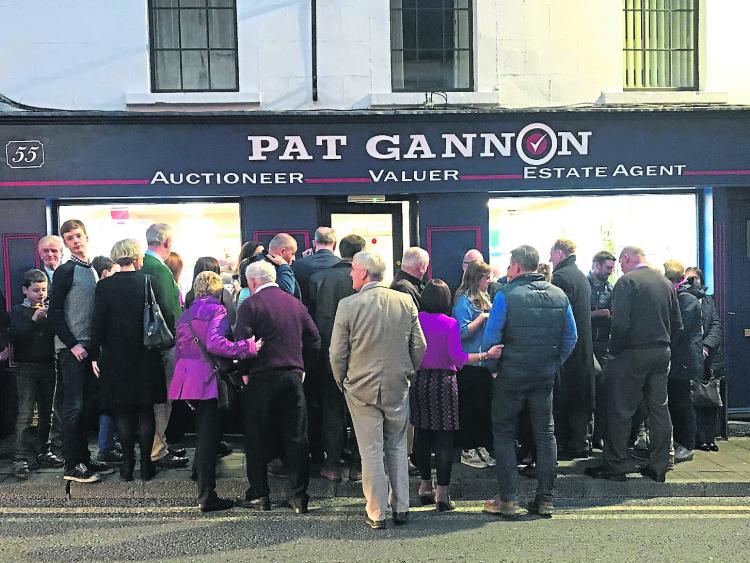 The opening of the new premises

Leading auctioneer Pat Gannon recently celebrated the opening of his new premises on John Street.
The opening followed another successful week at the office, having sale agreed a property on Parliament Street, a residential seven-day licenced premises at Ballyragget and forestry lands.
Pat Gannon Auctioneers celebrated the ‘Grand Opening’ of their new premises at No.55 John Street last Wednesday evening . It has been a hive of activity at Pat Gannon Auctioneers in recent weeks with a number of successful land auction sales prior to the budget.
19 years on the street – it was a move just one hundred yards down from No.49 to a state-of-the-art new premises.
It was a great evening, enjoyed by supporting businesses, clients, family and friends from near and far. Auctioneer Pat Gannon and his team of Michael, Marie and Theresa thanked everyone who attended.