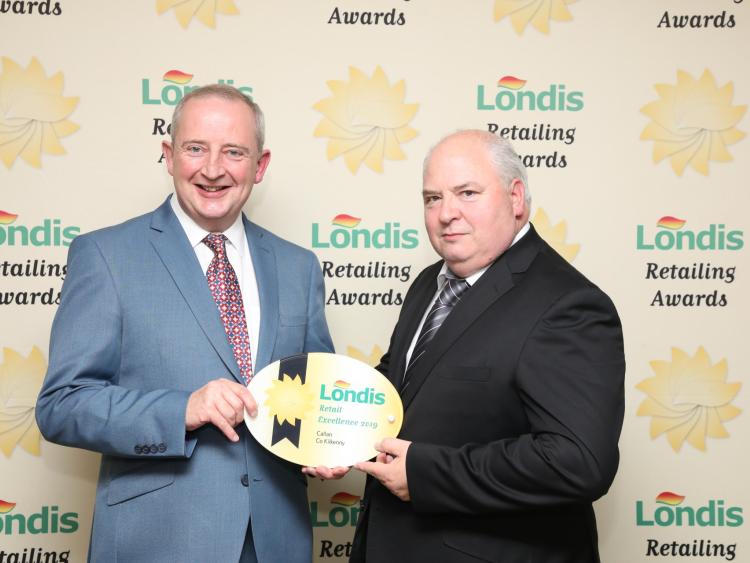 Pictured at the Londis Retailing Awards 2019, which took place recently in the Europe Hotel & Resort in Co. Kerry as part of the Londis Conference 2019, are (LtoR): Dermot O’Neill, Londis Retail Devel

Londis retailers from every corner of the country, including Kilkenny, descended on the Europe Hotel & Resort in Co. Kerry recently for The 2019 Londis Retailing Awards.

The following stores were honoured with Londis Retailing Excellence Awards:

Congratulating retailers at the awards ceremony, Conor Hayes, Sales Director, Londis said: “In the past year, a huge improvement has been made in the standards across the Londis retail estate. The winners of this year’s awards are among the top retailers in the country. This award is recognition of the commitment and ambition demonstrated by these retailers to keep providing the highest level of service to their customers. Their focus on continually exceeding customer expectations is a testament to the hard work of their staff, for which they should be very proud. I commend them all on this wonderful achievement.”

In winning these awards, the stores were independently examined across a range of criteria including customer service, the quality of their fresh food offering, product range, and the store’s commitment to upholding the highest standards of hygiene and food safety. These exemplary Londis retailers received their award in recognition of their commitment to implementing exceptionally high standards throughout their store, thereby providing an excellent customer experience to their local community.