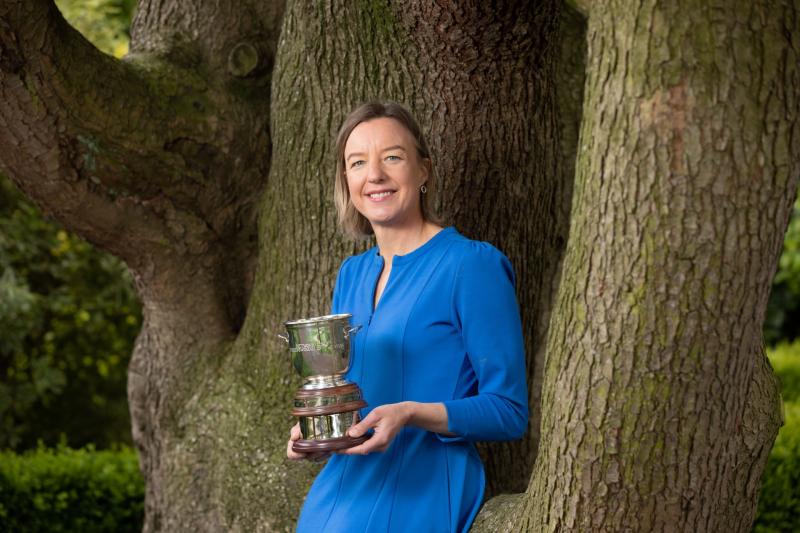 Tara Shine has been named Cork Businesswoman of the Year

Dr Tara Shine, Co-Founder of the social enterprise that inspires people to live and work more sustainably, Change by Degrees, has been named as the overall Network Ireland Cork Businesswoman of the Year.

Dr Shine, who has spent 20 years as a climate change negotiator and adviser on environmental policy at the international level, was announced as the 2021 winner at a virtual awards ceremony last night (Wedneday, 2 June). She also scooped the award for STEM Businesswoman, with seven further award winners also celebrated at the Businesswoman of the Year Awards.

They included the winner of the Power Within Champion Award, Miriam Bourke, the Corporate Lead in Invesco Cork who works primarily in a consultancy role for multinational pension schemes.

The award for Established Business went to Carol Brick, HerMoney, who opened her business in 2016 to assist professional women in all areas of financial planning; while Creative Professional went to singer, guitarist, songwriter and recording artist Fiona Kennedy of Fiona Kennedy Music.

The winners across all categories will go forward for the national Network Ireland Business Awards on 8 October in WIT Arena, Waterford.

Speaking on the winners, Network Ireland Cork’s president, Barbara Nugent said: “The 2021 winners of the Network Ireland Cork Businesswoman of the Year Awards are hugely different, all operating across diverse fields, but are intrinsically linked through their exceptional leadership, creativity and resilience through crisis and uncertainty. They have used their knowledge, expertise and influence to shape their companies, and in some cases, the wider community for the better. Each woman is a truly deserving winner. We look forward to them representing Cork at the national finals in October.”

The organisation’s Vice-President and Awards Co-ordinator, Maria Desmond expressed her appreciation to the judging panel for their work in selecting the winners. “Thank you to Mary, Sharon and Vicki for what was surely a mammoth task of selecting just eight winners, and an overall winner, from an impressive list of nominees. The Network would also like to express our sincere thanks to all our category sponsors; our Network Cork sponsor, LEO; and our official Network Ireland partner, AIB for their support in the promotion of female business leadership.”

Vicki Crean, AIB Manager of Service and Sales, Cork City added: “AIB have been the official National partner of Network Ireland since 2013, and we are delighted to continue our longstanding partnership with an organisation dedicated to supporting and empowering women to succeed in their business, and personal lives. I was delighted to have been asked to judge this year’s awards and, similar to previous years, the standard of applications was exceptionally strong and I congratulate each and every one of the nominees.”

Network Ireland Cork is a not-for-profit Cork organisation that is the largest branch of Network Ireland in the country. For more information see www.networkireland.ie/cork .