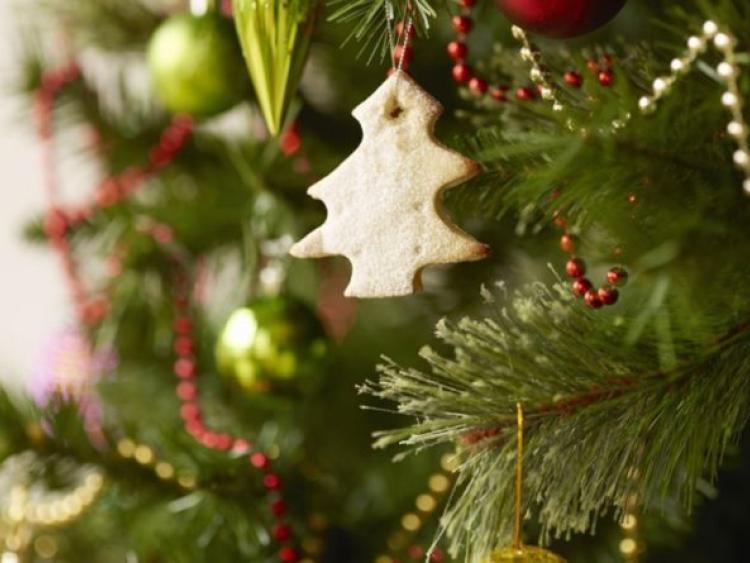 The Annual Christmas fair at Coláiste Éamann Rís is one of the most anticipated events on the pre Christmas Calendar and last Friday’s proved to be a glorious success as always.

Boys from first year through to Transition year created a wonderful indoor Christmas Market with a huge array of produce on sale.
Throughout the morning the main hall was packet with many shoppers seeking out produce of all kinds.

Groups of two and three boys had come together to create different products to sell.
A number had targeted the specific Christmas market with candle holders made from logs and decorated in the festive way.

A young fellow called Thomas McCarthy from Mullinahone certainly grabbed the attention of many with some unusual produce he had for sale on his stand.

Thomas was selling Reindeer food which was certainly timely with Santa Clause flying in on his sleigh drawn by Rudolf as head of the pack.
Santa will be looking forward to having a break on his stops and Thomas’s Reindeer food is the healthy option for Rudolf and his buddies.
Of course what really draws the custom are the cake stands which help to produce a lot of money at the end of the day.

The boys receive huge support from the home front and certainly a lot of the Moms put the hard work in by preparing and baking all the cakes for their sons.

I never tire of promoting the College as it is a brilliant place and between education and enterprise it is one of the best you will find anywhere and invite anyone to challenge me on that.
Each year all of the students push the boundaries with some very intuitive creations. Over the years many have made very successful little businesses out of their creations.

Last year I drew attention to one young fellow called Peter Tyrell from Grangmockler who was selling Blackthorn Sticks or better known as a ‘shillelagh’.

Peter has had a very successful year trading and sources his material’s locally. Last year I purchased one of his Shillelagh’s and in turn sent it to a client in Florida.
A gift they were thrilled with as they couldn’t purchase a suitable one while on holidaying in November 2017 in Ireland.

The College has an excellent Parents Council and they are huge supporters of the College and again they were on hand last Friday morning for the Christmas Fair selling tickets for their big raffle.
The college numbers continues to grow and registration for 2019 has already surpassed the 60 mark. This is testament to the wonderful work being done by Principle Brother Damien Brennan, his Deputy Michael Rice and the wonderful staff and last Friday’s Fair is one of the great examples of how successful the College has become.