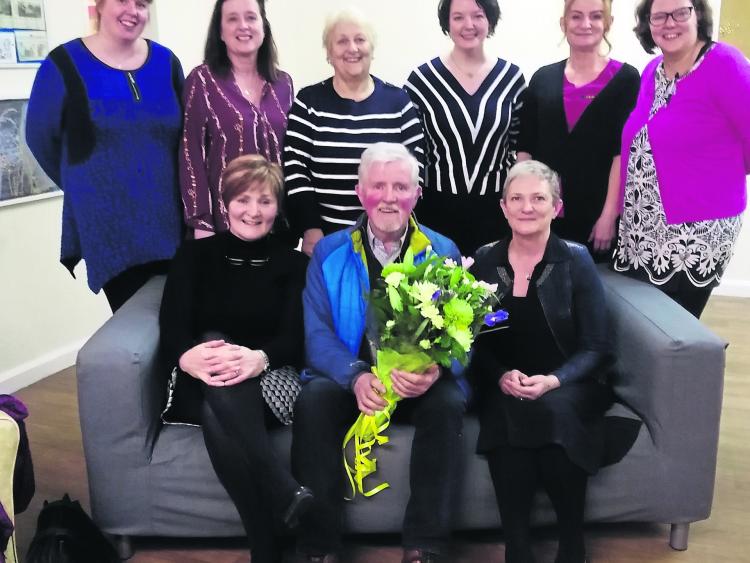 After many years at the helm Billy Gardiner stepped down as Chairperson of the Droichead Family Resource Centre in the past two weeks.

Billy has been the driving force behind community projects in Callan for nearly twenty years.

Billy of course has served the community of Callan in professional life for over forty years in his capacity as teacher and later principal at Saint Brigid's College and immersing himself in everything that is wonderful about that excellent place of education. With the Family Resource Centre Billy helped in shaping its purpose both at the Friary Complex and in more recent years at the old CBS Primary School at West Street.

For those near twenty years he has served as Chairperson of Callan Community Network and also of the Family Resource Centre and has now stepped down from that position.

But that won’t be the end for Billy as he will now step into the role as Secretary while Trish Finnegan has taken on the role of Chairperson. Tributes were paid to Billy from all quarters for his wonderful service to community work and all look forward to working with him in his new role in the future.