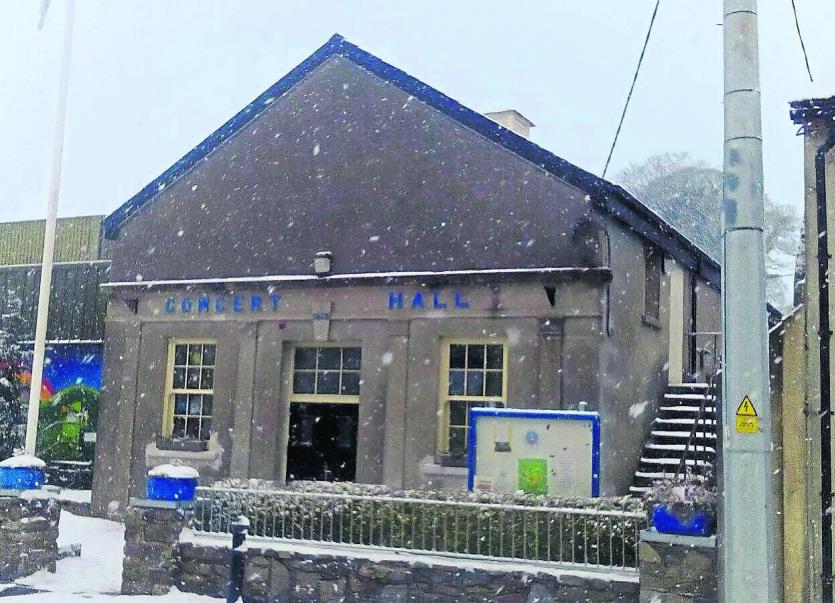 Funding for the ambitious new library project in Thomastown is hoped to gain approval early this year.
To facilitate the work the library will be temporarily moved from its current location into the space beside the Community Centre in Thomastown.

At the recent Callan Thomastown Municipal District meeting, director of services Mary Mulholland said a new funding application had to be submitted for the project because the library plan is now bigger than the original version.

Ms Mulholland said she hopes to hear about the funding application in the first quarter of 2021.
“To say the people of Thomastown are eagerly awaiting the day they can go through the doors is an understatement,” said Cllr Deirdre Cullen, reflecting local enthusiasm for the project.

Ms Mulholland said once planning is approved the project will go to tender. When work gets started it will be just over 12 months to completion. She said she can’t see that work starting before the autumn of 2021.

The funding originally approved for the project will be used for the design and work that had to be done from an archaeological and environmental point of view. New funding will be needed for fitting out costs.

Ms Mulholland said that if the extra funding is not approved the project would not go ahead, but the Rural Regeneration Fund is supportive of the project and Kilkenny County Council has made a strong application.

County Council
Plans for a new library space in Thomastown were later formally approved at the monthly meeting of Kilkenny County Council.
Cllr Deirdre Cullen said that the plans for the library are ‘exceptional’.
“It will be of huge benefit to the people of Thomastown and the surrounding areas,” she said
Cllr Michael Doyle said that he looked forward to the new library being opened while Cllr Andrew McGuinness described it ‘as fantastic news for Thomastown’.

In October 2018 the Thomastown library project was awarded €200,000 under the Town and Village Renewal Scheme. The first phase of funding was allocated to convert the local community hall into a library with incubation space for businesses.
The project has now expanded, on advice of the libraries service for facilities which should be included, delaying the final project but ensuring more benefits to the local community.